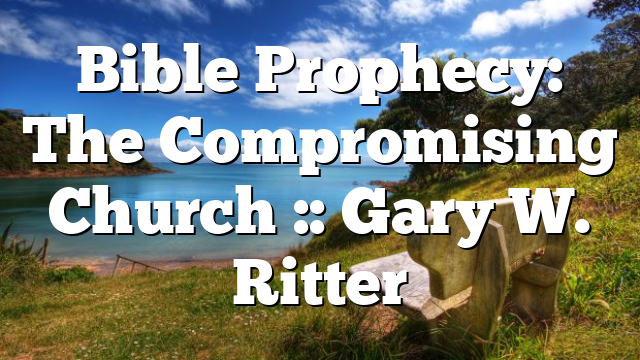 Compromise among God’s people is not an isolated phenomenon nor limited to either the Old Testament or the New. We well know how the Israelites time and again turned from Yahweh to worship other gods, sometimes exclusively, and at other times syncretistically, where Yahweh was one of many deities they were happy to revere. It was a major reason God called the Israelites a stiff-necked people. They refused to truly trust in the God who had delivered them from slavery into freedom.

They had determined in their hearts that they needed a visible god – as this invisible One was much too hard to follow with all He demanded of them.

With the rise of the church of Jesus Christ, not much has changed.

Jesus demanded faith in people’s hearts toward Him, and their loyalty in working for the Kingdom of God. However, between man’s sinful nature, in which he desires to elevate himself above God – since belief in Christ requires humility and surrender – and with the urging of Satan to question God’s authority and His Word, humanity has struggled to put God in His proper place in their lives.

The church has inevitably always compromised. We see this clearly in Christ’s letter to the seven churches in Revelation.

Two periods of extreme rebellion stand out for me when considering the church today and its compromising past. One such instance occurred during World War 2 when the Nazis ruled in Germany.

The other came on the heels of that period in Romania when the Nazis were ousted at the end of the war and the Russians occupied that country.

What can we learn from this dark period as to the church’s response to state control?

Note: The transcript for this message can be found on my website blog under the same title. Sources are on Rumble page link.