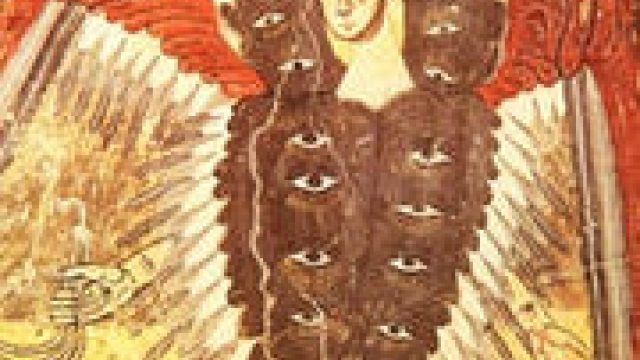 Yom Kippur, the Jewish Day of Atonement, typically involves standing for hours with a hungry belly and a parched throat. These bodily deprivations underscore the biblical commandment to afflict our souls—an affliction that may engender liberation.

Elliot Wolfson, Visiting Professor of Jewish Studies at HDS for 2016-17, Endowed Chair in Jewish Studies at University of California, Santa Barbara, and a leading voice in the study of Jewish Mysticism, explains the common practices, conceptions, and potential outcomes of this crucial holiday.

HDS: Why is Yom Kippur considered by many to be the most important holiday of the Jewish year?

EW: For thousands of years, Yom Kippur, the Day of Atonement, has been considered the holiest day on the Jewish calendar, as it comes at the climax of the 10 days of repentance, which begin with Rosh Hashanah. The liturgy of Yom Kippur and the requirement to abstain from food, drink, sexual activity, and other physical pleasures such as bathing, anointing one’s body with oil, and wearing leather shoes, reflect the sense that one is transformed on this day.

In some sense, one becomes angelic, purified from the transgressions of the previous year, starting anew with a clean slate. Yom Kippur is thus the day of amends, that is, the day on which there is the mending of that which is torn. The reparation (tiqqun) comes by way of repentance, the return of the soul to the womb of the mother.

Yom Kippur is referred to biblically as the Sabbath of Sabbaths (Leviticus 16:31, 23:32). Part of the rhetorical style attested in Hebrew Scripture is to repeat words for emphasis, and that may be the simplest explanation for this phrase. But through the centuries, the phrase conveyed a deeper meaning—that Yom Kippur is accorded a special level of holiness. If the Sabbath, rabbinically, was conceived as a foretaste of the world to come, then this is certainly even more so on Yom Kippur. This idea is fully exploited in Kabbalistic symbolism, where Yom Kippur is linked to Binah, the 50th gate of understanding, which is also symbolized by the image of the Jubilee, the true freedom of the soul from servitude.

HDS: Yom Kippur is often considered the day during which the Jews are closest to God. How is this closeness established?

EW: Traditionally, the closeness is established through fasting, other forms of self-restraint, and through the prayers. It may be common to think of abstinence as denial or deprivation, but it can imply the very opposite of these terms. Not only is one not deprived, but one attains a higher status of purity. One becomes angelic and is thus closer to the divine.

There is a tradition, recorded in the Mishnah and recited as part of the liturgy, that as part of the Yom Kippur service, the High Priest entered into the Holy of Holies of the Jerusalem Temple and uttered the most sacred of God’s names. According to the rabbis, this was the only occasion that this occurred. Surely, the ritual attests to the singularity of Yom Kippur, a day in which the spiritual bond between human and divine is strengthened.

HDS: Why is there a custom of wearing white on Yom Kippur?

EW: One of the standard explanations for the wearing of white clothing on Yom Kippur is that this an emulation of the ministering angels—the white signifying purity from fleshly sin attained through repentance and the consequent effulgence of divine mercy and forgiveness. The white calls to mind the promise that our sins will be made as white as snow (Isaiah 1:18).

There is also a custom to wear a kittel, that is, a white linen robe placed over the clothing. Since this is similar to the burial shroud, some explain that the kittel reminds one of one’s mortality and hence the need to repent. The kittel is also worn by some at the Passover seder and by the bridegroom under the wedding canopy. The common denominator of these ritual gestures seems to be that the kittel is emblematic of innocence and chastity.

HDS: What are the most overlooked or unseen aspects of the holiday and its historical practice?

EW: Probably that the day is the culmination of a long period, beginning with the month of Elul, when Jews are supposed to repent and draw closer to God. In the more immediate sense, Yom Kippur is the end of the 10 days of repentance, which begin on Rosh Hashanah. The true benefit of this day is attained when it is, as the rabbinic sages imagined it, the result of arduous preparation and discipline. Unfortunately, for many Jews today, the significance of the holiday is related to the fact that this may be the only day that they refrain from work and attend the synagogue.

HDS: What are its dangers, in contemporary or historical terms?

EW: I cannot think of any dangers unless, of course, one is medically forbidden from fasting and decides to fast out of excess piety. But, all things being equal, this is not a day about danger. It is a day about reconciliation and exoneration. The refrain from sensual pleasures is not affliction but rather the sacrificial means to attain a more spiritual kind of embodiment, the ethereal body associated in the tradition with the angels.

HDS: Leonard Cohen’s “Who by fire” popularized a small part of Yom Kippur’s somber liturgy. What is gained, or lost, by imagining varied modes of personal and collective death?

EW: As is well known, “Who By Fire” is Cohen’s reworking of a medieval hymn included in the traditional Jewish prayer book for the High Holy Days, a solemn poem in which the poet depicts the drama of the divine judge inscribing and signing the fate of each person for the upcoming year. This song clearly illustrates Cohen’s deep connection to his Jewish roots, and particularly his fascination with matters pertaining to judgment and the handing down of sentences.

Needless to say, Cohen transforms the traditional theological image by introducing a note of doubt, which is distinctive to the modern predicament, with the refrain that ends each stanza “and who shall I say is calling?” The original expresses no such ambivalence; the contemporary poet is not certain, not in these times when judgment is conspicuous but the face of the judge not apparent.

The delineation of the various modes of death helps create the somberness of the moment and the frailty of being human. We are compelled to imagine how precarious life is, how it hangs in the balance at every moment, and how we can never know the moment that death will come upon us.

There is a passage in the Zohar, the major compilation of Kabbalistic teachings, that even if a person lives one thousand years, on the day of death, it seems as if one lived but one day. Sometimes minutes feel like hours, hours like days, days like weeks, weeks like months, and months like years. But on the whole, after all is said and done, time flies, as the saying goes, or in the rabbinic idiom, time passes like a blink of the eye. This is the mood that the prayer of Yom Kippur is supposed to inculcate, so that we are cognizant of our weakness as mortal beings and our dependence of divine forbearance.

There is a genocide occurring in the middle east, but…

There is a genocide occurring in the middle east, but it’s not in Israel… https://www.youtube.com/watch?v=GvJbotO8UxQ