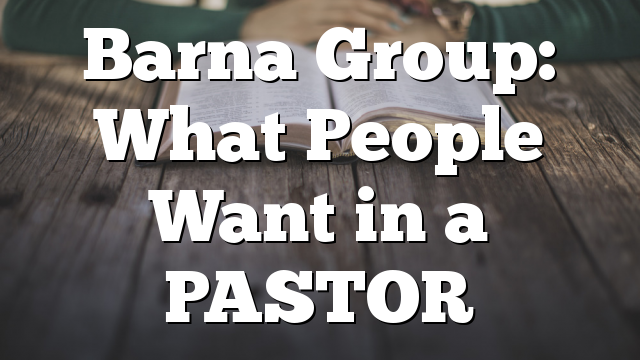 The following research is based on the survey of Barna Group, What People Want (1997).

We asked 100 people of the most important qualities of the pastor, and they answered:
1. Makes decisions which are in the best interests of the people, even if those decisions might not be popular (29%)
2. Trains and develop other leaders to help (27%)
3. Strives things in church to be done right (14%)
4. Does not impose his personal opinion (13%)
5. Motivates people to get involved (9%)
6. Negotiates a compromise when there is conflict (3%)
7. Supervises the work of staff people (3%)
8. Manages the day-to-day details and operations of the group they lead (1%)
9. Creates the plans necessary to implement the vision (1%)