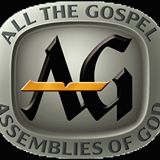 John Ruffle [09/02/2015 3:34 AM]
OR do we realy mean post-denominationalism? Which also may mean severing the tragic Protestant memory that still lingers from the Reformation period; which is at the root of the anomaly we call denominationalism, but is actually sectarianism.

Link Hudson [09/02/2015 3:35 AM]
Angel Ruiz, I’ve read ‘Neo-Pentecostal’ applied to the Charismatic movement, probably in books that used the term before the term ‘Third Wave’ was coined.

John Ruffle [09/02/2015 3:36 AM]
I’ve always disliked the ‘third wave’ moniker, as it was a term dreamed-up by John Wimber and Wagner and is more an advertising slogan than anything rooted in theology or the Church.

Angel Ruiz [09/02/2015 3:36 AM]
John Ruffle Neo-Pentecostal tenets and practices are found in many independent, nondenominational or post-denominational congregations. Most Neo Pentecostals believers, are unaware they are part of a heterodox church; they may feel that some or all of their practices are grounded in scripture. Several Neo-Pentecostal groups were influenced by the Toronto Blessing in the mid-1990s Since its beginning in the 1980s, the Neo-Pentecostal Movement has sparked a large number of counterfeit revivals. As the movement evolved, unbiblical practices continued to get more and more bizarre. In recent years some Neo-Pentecostal leaders and churches have begun to separate themselves from some of the more aberrant practices and are trying to move back to more classical pentecatal practice

John Ruffle [09/02/2015 3:39 AM]
Is it also about Evangelicals who accept the pentecostal-style moderrn ‘freedom’ in non-liturgical worship (as in music / bands etc.) but who ban speaking in toungues in meetings, and consider it to be a rather strange optional extra that some people on the fringes sometimes claim to have and value?

-God has restored all the offices of ministry to the Church, including apostle and prophet.
-denominational lines will be destroyed, and the Church will unify in the last days
-Gold dust and jewels.
-Repetitive chanting or singing.
-“name it and claim it” doctrine
-Post-canonical revelation.
-Holy laughter.
-Animal noises.
-Buying/selling miracles.
-Kundalini spirits.
-Christians can be demonized and require deliverance

John Ruffle [09/02/2015 3:44 AM]
I think for all the reasons Angel Ruiz cited above and more, I considder myself to be ‘pentecostalist’ and NOT ‘Pentecostal’. To me, this describes a theology defendable by Scripture, and is clearer to understand than ‘charismatic’ – although I’m happy to be seen as that too – and among non-theologians, I tend to refer myselef to be a ‘Catholic charismatic Christian’. Something along those lines anyway. Or, just call me an old but not worn-out Jesus Freak! 😉

John Ruffle [09/02/2015 3:52 AM]
Yikes Angel Ruiz! Good list there sister, and herlpful too! Too much to comment upon before work I’m afraid, but am awaiting the complete list. I do think that some of these need to be xconsidered individually, as not all groups will subscribe to all of the list items. (If you can number them it would be helpful for discussion purposes please.) For instance, by ‘name it and claim it’ we are talknig about hyper-faith / Prosperity gospel as promoted by Rhema Bible College Tulsa? Many of these on the list woudl seem to be practices / beliefs adhered to by ‘Kingdom Now’ / Domionion theologans. This is a very fundamental and heretical paradigm that indeed leeds to many of the hetrodixies on your list. However, we may have some ‘Dominion theology’ adherents on the group here, so if so, we need to give them a fair hearing. Meanwhile, am intersted in an expansion on what you mean by the ‘Kundalini spirits’. Blessings, John.

Link Hudson [09/02/2015 4:30 AM]
Angel Ruiz, where do you get your definition for ‘neo-Pentecostal’. It makes sense as a term for the Charismatic movement, which is probably where the term originated, in the late ’60’s or early ’70’s. Why should people barking like dogs be called ‘neo-Pentecostal.’ It sounds like you are talking about some of the kind of experiented folks in a kind of ‘prophetic’ and ‘signs and wonders’ movement.

As far as some of your doctrines go, the belief in prophets and apostles is not some kind of new, neo-Pentecostal thing. I recall hearing a message where Howard Carter expressed belief in apostles. I think the A/G considers missionaries to be apostles. The idea of some believers being prophets isn’t unheard of in Pentecostalism. The commandments of the Lord for church meetings in I Corinthians 14 assume the presence of prophets in the church. And a lot of Pentecostals will refer to that text which mentions prophets if they ever write or talk about prophesying in the church.

1. God has restored all the offices of the ministry of the Church, including apostle and prophet.
2. Someone is an Active Prophet or Apostle.
3. Denominational lines will be destroyed, and the Church will be unified in last days.
4. Gold dust, diamonds and jewels fall during services.
5. worship songs with excessively repetitive phrases.
6. “Word of Faith” Doctrine (the belief that God is bound to obey the words of Faith).
7. Divine extra-biblical Revelation.
8. Holy Laughter.
9. Moaning in the Spirit (making animal noises).
10. The purchase or sale of miracles.
11. The teaching that an apostle or prophet is needed to be saved
12. Spirit of Kundalini / Toronto Blessing (Holy Laughter)
13. The saved Christian can be possessed and require deliverance
14. Anointed Brooms
15. Teaching that the Holy Spirit is a woman
16. Anointed Saliva.
17. anointed Water
18. Poring Oil in the person’s mouth to be delivered of demons possession.
19. Poring Salt in your underwear for purification
20. Mud Bath
21. Soap and detergent to clean sins
22. the belief that anointed men should be able to turning water into wine
23. anointed Horse
24. The anointed chewing gums that heal the sick
25. The anointing of Rambo
26. The anointed water hose
27. the anointing of the kick to the face
28. Flour of prosperity
29. anointed Milk
30. Necklaces that heal
31. Tisúes that heal

John Ruffle [09/02/2015 4:37 AM]
Link Hudson – what Angel Ruiz is refering to (if I am not mistaken) is the idea of ‘super-apostles’ (YES — St. Paul encountered those too, way back!! 😉 ) who consider themselves as FAR more than ‘pioneer missionaries’ as classic Pentecostals would describe it. They are men and some women I guess but can’t think of any who have controlling empires of congregations over which they have complete and usually highly authroitarian control in one way or another. Some of the worst kind can be found leading the ‘cell church’ pyramid movement in Latin America and elsewhere.

Jason Douglas Greene [09/02/2015 5:49 AM]
And with that said, the AoG, as well as most other Pentecostals, were deemed heretics by many evangelicals. The problem with labeling people as heretics is that the group doing the labeling fails to realize that they themselves were once a new movement within Christianity. If a church acknowledges the biblical truths laid out in the ancient creeds of the church e.g., the Apostles Creed or Nicene Creed, then they are not heretical. The Holy Spirit is being poured out on any and all who turn to the lord Jesus. At present there are as many charismatic/neo-charismatics as there are classical Pentecostals.

Know ” If a church acknowledges the biblical truths laid out in the ancient creeds of the church e.g., the Apostles Creed or Nicene Creed…” than they wouldn’t be Neo Pentecostals…
Most Neo Pentecostals believers, are unaware they are part of a heterodox church; they may feel that some or all of their practices are grounded in scripture…. As the movement evolved, unbiblical practices continued to get more and more bizarre.

Except if you’ve walked on the Moon, you’ve got no…

Except if you’ve walked on the Moon, you’ve got no business speaking on behalf of mankind…