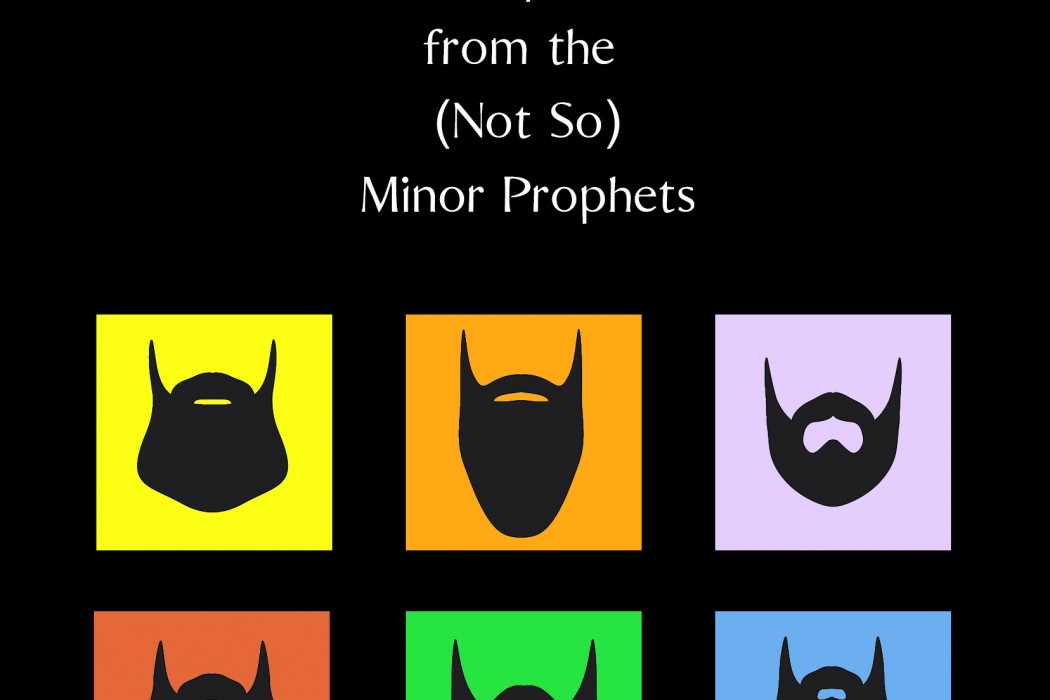 I read a book many years ago by Kenneth Hagin, ‘He Gave Gifts Unto Men.’ I don’t own a copy of it to check for an exact quote, but I recall that he said that prophets were full-time ministers.

Personally, I think some of the teachings people say about prophets, like this one from Kenneth Hagin about prophets being full-time ministers, can create confusion for those who are gifted in this area and hear call them to be prophets. Some of them do travel from church to church and speak in pulpits. But some of them are gifted to prophesy, but aren’t good at giving three- talks from behind pulpits.

I don’t see any reason, from the Bible, to think that a prophet must be ‘clergy’, or ordained through the laying on of hands. I believe a prophet can minister by giving prophecies in church without ‘going pro.’

Byron Benefield [09/29/2015 7:26 AM]
Since I am one who advocates that the elders were primarily the 5 fold ministry within your threads I assume you are referring to me.
Define “qualities” to be an elder that don’t qualify to be any of the 5 fold ministry or vice versa.

Link Hudson [09/29/2015 1:46 PM]
Byron Benefield, Noah heard God. It’s possible he was a prophet. But there may have been a time in his life when he was ‘given to much wine.’ God called Abraham a prophet, but after Abraham took Hagar, he was not the ‘husband of one wife.’ If it is possilble to be a prophet and get drunk or be a prophet and sleep with another woman, then it’s possible for a prophet not to meet the qualfication of being an elder-overseer.

Link Hudson [09/29/2015 1:49 PM]
Charles Page, are you serious about the $10k prophet course? Are you talking about COG (Cleveland)? That doesn’t sound like their culture. Was it an individual congregation?

There is a church in Indonesia, it’s own small denomination. They have a Christian bookstore. There is a lot I like about them, but they slap the name ‘Apostolic and Prophetic’ on lot of things, conferences, etc. I think they even had something for ‘apostolic worship.’ I’m thinking, what’s that, singing ‘Let’s go plant churches’? I don’t get it. But I think they had a ‘prophetic school’, but I asked someone if they graduated, did that make them a prophet.

Jerrod Buffington [09/29/2015 3:33 PM]
At the churches I know a prophet is usually required to serve as a pastor over a monster also. New Testament prophets don’t have a excuse to be spooky

Link Hudson [09/29/2015 3:42 PM]
Jerrod Buffington, if they serve over a monster, doesn’t that make them a little spooky. 🙂 My guess is that you are the victim of autocorrect.

I dont’ get your comment. If someone is a prophet, they force him to be a pastor?

Levi Allen Goff [09/29/2015 4:30 PM]
Prophets come in all shapes and sizes, from the great to least. In most cases people don’t accept them. The key is identifying them.

To become a Prophet one must believe in prophecy and hear the voice of God. You cannot learn this, God gives hearing as he sees fit.

Jesus said, if you recognize a Prophet, you will receive a Prophets reward.

Dwayne Mull [09/29/2015 4:47 PM]
I have the book “He Gave Gifts Unto Men” by Hagin. You can buy the book at a great discount on websites such as amazon.com or ebay. I plan on getting Gordan Lindsay’s book “Apostles, Prophets, and Governments.” Everyone who is a Christian can prophesy, but there are five-fold prophets who may itinerate full-time as ministers, so they may be considered full-time clergy, whether they are a pastor who also has the office of being a prophet, or a roving or traveling itinerant prophet. I would suppose that if tent revivals could have started in the Bible days, then Paul could have started a great spiritual trend by concocting his own tent and having a Holy Ghost brush arbor! 🙂

Charles Page [09/29/2015 4:51 PM]
I would think that everyone filled with the Spirit with evidence of speaking in tongue can prophecy. A Baptist believing that everyone is Spirit filled at regeneration will not prophecy at least in a Biblical sense.

Tongues are for unbelievers and prophecy for believers.

Link Hudson [09/29/2015 4:53 PM]
Charles Page, I believe there are a lot of exceptions to that. Some people don’t seem to prophecy unless they seek for it in faith. But other people just get gifts that don’t fit into their theology. Spurgeon taught some cessationist theology, but apparently got either prophecies or words of knowledge for people in his church at times and said them while preaching.

Link Hudson [09/29/2015 4:58 PM]
Dayne Mull, there are prophets who travel around, like Agabus did at least a couple of times. But there can also be local church prophets like there were in Jerusalem and I Corinthians. We’ve inherited this strong clergy tradition from both the RCC and Protestant traditions where there is this idea that if anyone does something ‘important’ in the kingdom or ministers the word, he is some kind of clergyman. Some Pentecostals and Charismatics say ‘full-time minister’ or interpret ‘five fold minister’ through the professional clergy grid.

I don’t see a problem with someone being a prophet and prophesying in church, and if God opens up opportunities to prophecy elsewhere, that’s great. Not every prophet has a talent for developing 3-point sermons or for talking for 45 minutes. Some do. But saying, “You are a prophet. You talk for the whole service.” can put some unneccesary pressure on them, IMO. The prophet is to hold his peace if he’s speaking and another sitting by receives a revelation, anyway.

Charles Page [09/30/2015 12:39 PM]
Instead of foretelling future events or reading someone’s mail or maybe just getting revved up and a little weird in the pulpit, the prophetic gift is about preaching powerfully into the church’s inconsistencies and hypocrisies. And true prophets are those who call the church to a greater integrity of worship and social justice through their Spirit-filled preaching gift.

This is not a prophet but a preacher preaching prophetically. IMHO

Jerrod Buffington [09/30/2015 12:57 PM]
It’s a word that God is currently saying now instead of just a random selection from the written word, and when a prophet prophecies there is a let real creative power released. Your view was as if you don’t believe in the gifts of the spirit or don’t believe in the Supernatiral aspect. And New Testament prophecy operates in the now and not in foretelling.

Levi Allen Goff [09/30/2015 1:11 PM]
I agree with you there Jerrod. On another note, in order to understand a Prophet one needs hearing, a gift which is only given to those who demonstrate humility, fear of God and who cannot fear the world or what anybody thinks.

You have to see with Spiritual eyes and hear with spiritual ears.

“The natural person does not accept the things of the Spirit of God, for they are folly to him, and he is not able to understand them because they are spiritually discerned.” 1 Corinthians 2:14

Jesus was shocked that people couldn’t understand! But he had an answer toward that…

Jesus said to them, “If God were your Father, you would love me, for I came from God and I am here. I came not of my own accord, but he sent me.

Why do you not understand what I say? It is because you cannot bear to hear my word.

You are of your father the devil, and your will is to do your father’s desires. He was a murderer from the beginning, and does not stand in the truth, because there is no truth in him. When he lies, he speaks out of his own character, for he is a liar and the father of lies.” John 8:42-44

Jerrod Buffington [09/30/2015 1:13 PM]
Agreed and I believe prophets are paramount in social action but that Is not there trade mark

These passages are very interesting because they were spoken by none other than John the Baptist as he was bearing witness to Christ.

Peter describes the prophesying of Old Testament prophecies this way, “holy men of old spake as they were moved by the Holy Ghost.’

I believe that’s a good rule-of-thumb definition for prophesying– speaking as moved….or ‘carried along’ by the Holy Ghost. There are also prophetic actions like wearing a dirty belt or an iron yoke. There is also singing prophetically, and one verse about prophesying on instruments in scripture. Usually, though, prophecy is speaking, and it is speaking as moved by the Holy Ghost… if it’s the real thing.

No academy can make you a prophet. Samuel instituted the schools of the prophets. They were for two purposes – one, the dissemination of religious knowledge, and the other, the writing up of the chronicles of religious history. In Samuel’s day there was no open vision; the people had lost the Word of God. They had to be taught the Word of God again, and the chronicles of the ways of God had to be written up and put on record for future generations, and the schools of the prophets were instituted in the main for that purpose. But there is a great deal of difference between those academic prophets and the living, anointed prophets. The academic prophets became mem bers of a profession and swiftly degenerated into something unworthy. All the false prophets came from schools of prophets, and were accepted publicly on that ground. They had been to college and were accepted. But they were false prophets. Going to a religious college does not of itself make you a prophet of God.

From Azusa to Cleveland: Dr. Estrelda Alexander to Present