Another demonic incident of mass shooting. I am re-posting this from my posting on the Sandy Hook massacres. The demonic is alive and well in America today. 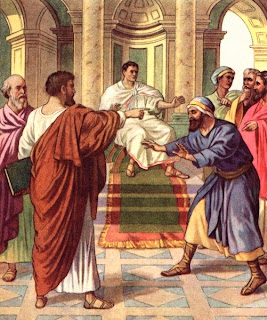 Chad Macdonald [06/18/2015 10:11 AM]
It is was of the best books on the subject I’ve ever read. William DeArteaga As far as your assessment of demonization and murder, you are spot on. Those acts are directly influenced by demon power and there is a great need in the American church for deliverance ministry. For too long even Pentecostals have buried their heads in sand when it came to deliverance. With the embracing of sexual perversion and the occult combined with drug addiction that is spiraling out of control it cases of such demonization will only be more frequent.

Pentecostal Theology [06/18/2015 2:19 PM]
Democratic presidential candidate Hillary Clinton, who was in Charleston hours before the shooting, tweeted: “Heartbreaking news from Charleston – my thoughts and prayers are with you all. -H.” Republican presidential candidate Jeb Bush canceled his events in the city, where he was scheduled to campaign Thursday. “Governor Bush’s thoughts and prayers are with the individuals and families affected by this tragedy,” his spokesperson Allie Brandenburger said in a statement.

Pentecostal Theology [06/18/2015 2:22 PM]
This is what gets me: Johnson said survivors _recounted_ the man coming into the church, asking for Pinckney and sitting next to him during a prayer meeting for an hour. He started shooting and reloaded five times, she said. http://www.cnn.com/2015/06/18/us/charleston-south-carolina-shooting/

The Molokans spoke in tongues

The Molokans claim to have spoken in tongues and recognized it as sign for the baptism of the Holy Spirit. In the early 1900s…