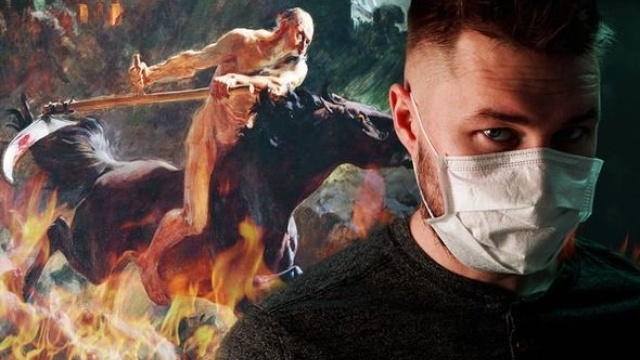 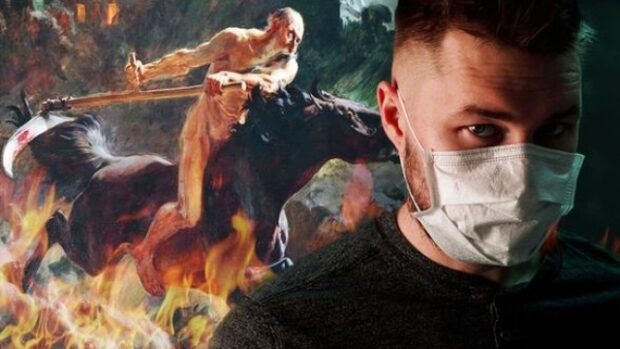 As a young man in the R.A.F. And serving in South Africa, four of us were invited by the local gold mining company to visit their site. We were overjoyed for the opportunity and an appointment was made for the occasion the  following Saturday.

At the mine we were let down in a skip, attached to cables, to deep underground. The further we went down the hotter the atmosphere became. At the work face the workers with pneumatic drills were excavating the gold bearing ore that would be taken to the surface in skips. It was all very noisy and hot, the workers sweated profusely as they toiled. We all were glad to get back to the surface of the mine.

At the centre of the earth it is so hot that the rocks melt. From time to time they are cast up in volcanoes and the molten rock lava can be seen to flow down the sides of the volcano. Higher up on the earth the heat is not quite so intense. But still hot enough for surface water that has flowed down to the heated rocks to be ejected up to the surface as hot water springs, in which eggs can be boiled!

It may be asked “Where does the heat come from?” If you have ever pumped up a flat bicycle tyre you will know that your strokes on the pump make it quite warm. This is because the air within the pump is being compressed as it is being forced into the inner tube of the tyre by the pump.

The place at any level within the earth is subjected to compression by the weight of the soil and rocks above it, and becomes warm as a result. Imagine the colossal weight of the material of the earth that is bearing down upon the rocks at the centre of the earth and compressing them…. The heat generated is enough to melt the rocks…!

What we have discovered thus far in this study has a direct bearing on what is now to follow regarding the existence Hell. Is there such a literal place? Yes, Jesus referred to it several times. Moreover, Hell is not on some distance planet…. For the justice of God demands that they who have destroyed the earth must be locked in what they have destroyed.

It is said that when Korah and his company resisted Moses the ground opened up and swallowed them all:- “They, and all that appertained to them, went down alive into the pit, and the earth closed upon them,” (Numbers 16:33) They were locked in the bowels of the earth

In the parable that Jesus taught of the Rich Man and of Lazarus, the Rich Man, cried to Abraham and Lazarus, who were in heaven, for cool water to be placed on his tongue saying “I am tormented in this flame” (Luke 16:24)…He was in a place of great heat, in Hell, locked In the bowels of the earth.

Jesus said to the wicked “Depart from me, ye cursed, into everlasting fire, prepared for the devil and his angels.” (Matthew 25:41) the final place of Satan, and all those whose names are not found in the book of life, will be the lake of fire (Revelation 20:15)

We noted earlier that the heat of the earth became progressively hotter in relation to the depth of the place it was from the surface. Those like Hitler deserve to be punished for their crimes far more than others and will be condemned to a greater depth in the bowels of the earth. Those locked in hell cannot move up… only down…

The scripture above mentions everlasting fire. Those committed to Hell will have to endure their punishment forever. For God will not allow them to escape it by their burning to death. Note the burning bush that Moses saw was on fire yet the flames did not consume it. (Exodus 3:1-3) Neither did God allow the three Hebrews cast into king Nebuchadnezzar’s burning fiery furnace to burn to death (Daniel 3:24-25)

Beloved, you must keep out of Hell at all costs by repenting of your sin and committing your life to God. Do that now …You might never get another opportunity to do so…