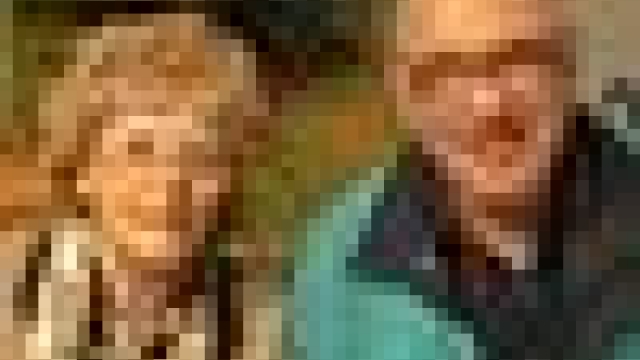 Agnes Sanford and Her Companions:
The Assault on Cessationism and the Coming of the Charismatic Renewal
NOW being published #AtLast William DeArteaga

John Kissinger [07/08/2015 10:25 AM]
Very, very nice. Do you happen to have a chapter on HOW women in ministry do NOT contribute to homosexual ordinations?

William DeArteaga [07/08/2015 10:33 AM]
Not specifically, but I write about Leanne Payne, a disciple of Mrs Sanford, and one who has mighty contributed to the Christian understanding and healing of homosexuality. See her works, especially Broken Image.

John Romaine [07/08/2015 12:21 PM]
? I don’t understand th above. I was born straight, other people are born with different sexual orientation…they don’t one day decide, “Hey, I think I would like to become a homosexual..”

William DeArteaga [07/08/2015 12:21 PM]
Very interesting, I never considered that. I am all for female deacons, but am ambivalent about female priests – so many awful ones in the Episcopal Church.

John Ruffle [07/08/2015 3:42 PM]
John Romaine – William did not say nor did he imply that. By the way, I agree with William DeArteaga – but possibly for different reasons. Men and women are equal yet different. Our dysfunctional society attempts to cover the cracks we all have through a denial of the differning roles of male and female.

John Romaine [07/08/2015 3:45 PM]
Oh, sorry, I thought he wrote, “So many of them (female priests) awful ones in the Episcopal Church”? I read it right two posts about this one John.? Makes no difference to me, it’s his right to say what he wants to about what is going on.

William DeArteaga [07/08/2015 3:47 PM]
John Romaine, by no means.
the Episcopal Church has a wide variety of awful priests and Bishops.

John Ruffle [07/08/2015 3:48 PM]
John Kissinger “always being convinced that exclusivity of male ordination promotes gay culture among ministers”. What promotes homosexuality is the way it is now sold as a ‘lifestyle choice’. Add to that the idea that sex is first and formost recreational, rather than procreatrional, and we have the climate for sex being seperated from true self-giving love within marriage.

John Romaine [07/08/2015 3:54 PM]
Well now, that is a view held by tradiional fundalmentailists. Again, you have a right to your point of view, but if sex is only for procreational use, there is not going to be much sex going on for those who hold this view. Others have had this point of view also, and I think that causes a frustration in those who try to abide by it. The Roman Catholic church has long had this doctrine, and we both know what problems that has caused it’s priests. I think it’s unnatural for human beings to try to live like that, but then again, when they make that decision, it is up to them to abide by it…too often the Church has covered up what was happening for years and we now hear accussations from many years ago, destroying lives of people, at the expense of trying to be something we are not.

John Kissinger [07/08/2015 5:36 PM]
John Ruffle I don’t disagree with what you’re saying. But just look at Eastern Orthodox male-only priesthood through the centuries and same in Catholicism. Back to the topic at hand: women in ministry in Pentecostalism has been the moving force of the movement and often the only force that moved it ahead of its times…

Emily Gaynor [07/27/2015 11:06 PM]
Jesus calls the Holy Spirit the Helper. The Greek word parakletos means “one called alongside to help.” In giving us the Holy Spirit, Jesus shows his leadership is not so much the ability to walk besides someone. Followers need support as well as direction, a hand that helps as well as a finger that points.

FacebookTwitterSubscribe
Subscribe to receive all news to your email or phone: [wysija_form id="1"]
agnesassaultcessationismcompanionssanford