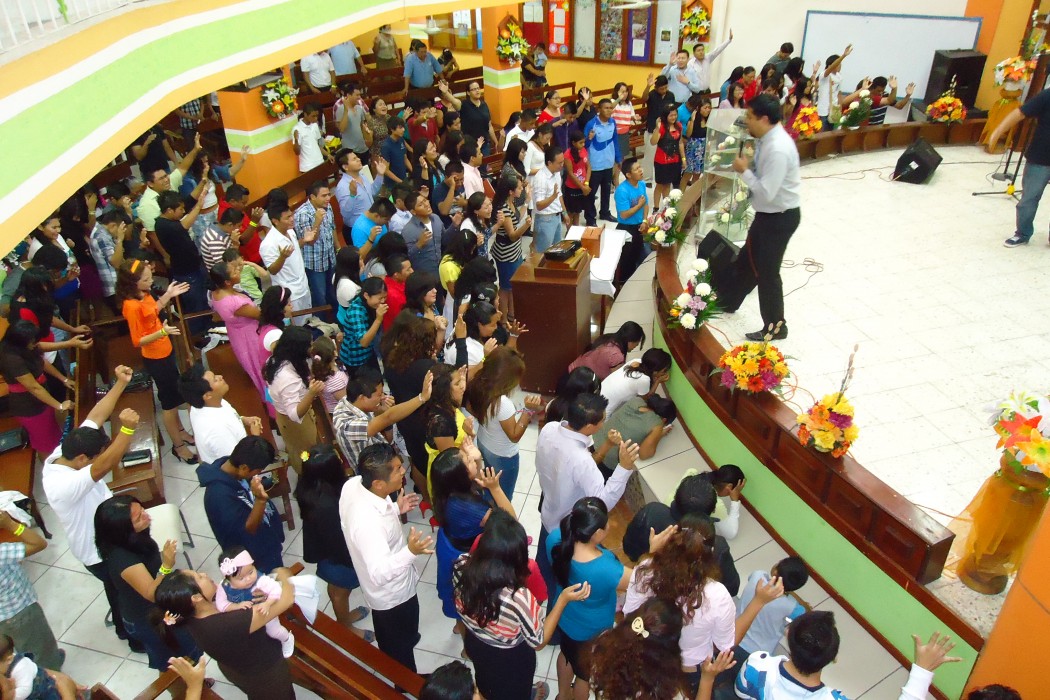 A MOTION for a PENTECOSTAL EMOTION

If there was a New Bapticostal Edition [NuBE] of the Bible, Acts 2 would have read like this:

came from heaven [where Jesus had just gone, so nor emotional surprise there either]

and filled the whole house where they were sitting [but they were of no fear, trembling or any other emotion – yeah, right ]

and began to speak in other tongues [but now shouting, crying, laughing, screaming, jumping, leaping]

as the Spirit enabled them. [yet they left the place in the same emotional state they arrived – not a thing changed]

And last but not least, the book “Pentecostal Spirituality: A Passion for the Kingdom,” starting with ch. 4 sums up all of the above as “Apocalyptic affection,” without which Pentecostalism simply cannot exist as itself.

Link Hudson [11/06/2015 6:20 AM]
I notice Acts 2 doesn’t say anything about them being in an emotional frenzy. That topic isn’t addressed. Some onlookers accused them of being drunk. Maybe that’s a hint of some sort of emotional state. I suppose it’s possible they could make that accusation if they saw some uneducated-looking Galileans speaking in other languages that they didn’t know were real.

God made us with emotions. There are times to rejoice. There are times to mourn and weep. But it’s also possible to overemphasize emotions or to wrongly condemn people for not having the emotions you want them to. James told the afflicted to pray and the happy to sing psalms. He didn’t command them to all have the same feelings and condemn them if they didn’t.

If people barked at Cain Ridge, does that mean it’s good for Christians to bark in church? Some people, even folks who believe in the gifts, look at that and say even amidst true moves of God, there can be emotional excesses. Would you want to go to a church where everyone barks like a dog? I’ve heard of that sort of thing, but I’ve never seen anyone go to church and bark like a dog that I recall. And if I have, it would have been a little kid playing.

Btw, are those idols in that Easter Island picture? I’m curious about your choice of photo.

John Kissinger [11/07/2015 4:19 PM]
Psychology tells us many people in the ministry are introverts. Does this has something to do with lacking external expression? Timothy

John Kissinger [11/08/2015 6:47 AM]
Timothy Carter Take the title and write your dissertation on it. A MOTION for a PENTECOSTAL EMOTION: Toward theology of Pentecostal emotion and worship

Timothy Carter [11/08/2015 6:50 AM]
This is one of the best books to understand how personality traits affect spiritual gifts with men ministry.

Check out this book on Goodreads: Personality Type and Religious Leadership http://www.goodreads.com/book/show/1016936.Personality_Type_and_Religious_Leadership

John Kissinger [11/08/2015 6:54 AM]
Timothy Carter ever since CPE I’ve been the salesman type thou I’ve never sold anything 🙂 Link Hudson the FRUIT of the SPIRIT is mainly emotion. Seems like through sanctification GOD is renewing our very emotions as well. How are we then NOT to express them in our worship toward GOD? Not to mention there are multiple OT and NT verses where GOD calls for and even orders emotion in our worship toward Him. We may even conclude that the lack of Godly emotion during worship indicates lack of sanctification and holiness in worship Melvin Harter Alan N Carla Smith

Link Hudson [11/08/2015 12:31 PM]
John Kissinger I”m not against emotions and I believe our faith should affect our emotions, so your comments feel like a bit of a straw man. But I wouldn’t say that list is mostly emotion. Love has an emotional component, but we are also to love in deed. Patience, kindness, goodnes, faithfullness, gentleness, and self control aren’t emotions, but have a relationship to our emotions, too.

I’m not against expression of emotion. But pagans and atheists have emotions, too. And the Holy Spirit is not our emotions.

Link Hudson [11/09/2015 3:37 PM]
John Kissinger I took a mini-test once that had slightly different results, but I think I was still a mild extrovert. I don’t know if there is any actual peer reviewed support for Myers Briggs. I haven’t really researched it, but I’ve heard a professors make that comment. She couldn’t think of any support for cognitive dissodence. That theory is rather intuitive and just seems to be true. I think it’s possible to find papers that find results using measures of extroversion version introversion, though.

Does unbelief limit the works of God?

Does unbelief limit the works of God? Jeffry Woolston Jesus went into a certain city and did not many Miracles there because of their…