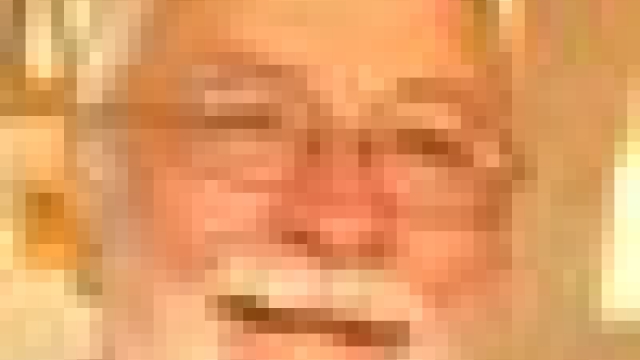 A.J. Tomlinson prayed through to his own sanctification

Following a series of holiness revivals in and around Westfield, Indiana between 1891 and 1892, in which the doctrine of entire sanctification was preached by evangelists including Jacob Baker, John Pennington, Emma Coffin, and Nathan and Esther Frame, A.J. Tomlinson prayed through to his own sanctification experience, which he relayed in his autobiography Answering The Call Of God about twenty years after the experience:

It was about twelve o’clock in the day. I cried out in the bitterness of my soul: “Now! Now! You’ve got to give it up now! Now!” I felt him begin to weaken and quiver. I kept the “Sword” right in him and never let go. That sharp two-edged “Sword” was doing its deadly work. I did not pity him. I showed him no quarters. There we were at that altitude when all of a sudden there came from above, like a thunderbolt from the skies, a sensational power that ended the conflict, and there lay the “old man” dead at my feet, and I was free from his grasp. Thank God! I could get a good free breath once more. It was an awful struggle, but the victory was won. That was about twenty years ago, but it is fresh in my memory yet. I was indeed sanctified wholly.”

Charles Page [10/30/2015 9:29 PM]
sanctimonious and pious!!! who can believe this as scriptural, certainly it is experiential!!! at the least he was born again and this was a second work of grace – but wholly sanctified???

John Kissinger [10/31/2015 6:44 AM]
you should’ve said “neither lost nor destroyed” as many of them are now becoming public helping us reconstruct history itself

Timothy Carter [10/31/2015 9:12 AM]
I am NOT and AJ tomlison fan. However his son Homer had mental problems. We can’t judge or try to understand AJS position based on Homer Tomlinson.
Homer wanted to be General Overseer of the prophecy but they chose his daddy instead he got very angry and began lashing out.

The reason they chose AJ is because homer was mentally unstable.

I got this information from the librarian here in Cleveland during an interview.

John Kissinger [11/01/2015 8:51 AM]
yes on both John sanctification spoken of here, and then he spoke of several baptisms taking place during revival meetings prior to 1906

Link Hudson [11/03/2015 4:40 PM]
John Kissinger He didn’t tell them to go to an altar–which suddenly becomes a place to pray in a church building instead of a giant barbecue bit for animal sacrifices– and have a one-time experience of sanctification. Are we made holy through the truth all at once? Is it normal to go around for years not being made holy through the truth, but being saved?

I don’t see how verses like this prove sanctification as a distinct ‘step’ that some people mean when they used the saying ‘saved, sanctified and filled with the Holy Ghost’.

Corey Forsyth [11/04/2015 5:40 AM]
This has always confused me. I had a high school friend call me REALLY early one morning to tell me he had been sanctified. That puzzled me because I always understood sanctification to be a process. I never understood how it could be an event. It seems to me (and I could be totally wrong) that sanctification would naturally parallel with your growth in maturity of your spiritual life.