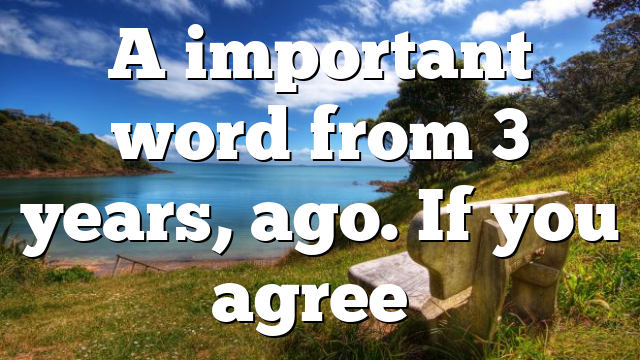 A important word from 3 years, ago. If you agree please share with your friends because I believe with the election of President Trump, Yahweh has given our nation a short period of supper grace to repent of our evil ways and return ourselves and the nation yahweh and His ways.

This post is hard to do. It is directed to believers, and to those who can receive it. It has to do with accountability, for one day we are going to have to give account for our actions or lack of. Going back just a short few years as history goes, to a increase movement by Satan to remove God from the country, and weaken the messianic community, which is all so called the church. In 1961 we as believers allowed prayer to be taken out of schools. What did we do to combat that rejection of Yahweh? In 1962 we allowed the bible to taken out of the schools what did we do to combat that? In 1985 we allowed them to take the 10 words out of the schools and public places. What did we do to combat that. Three major rejections of God that began to cripple the youth of our last two generations from helping them to build a firm foundation. Then we decriminalized certain sexual practices, which lead to greater perversion of the gift of sex that Yahweh gave to his children and to those who would be in grafted in to his family. More actions of God being push out of a relationship with him. Then then the legal sacrifice for for honoring forication, abortion. Innocent blood for pleasure. Than came the attacks on free speech and practices of religion. Today a pastor can be fined, lose his churches tax exemption, imprisoned for preaching from the word of God as hate speech. Military chaplains are now told not to even use the name of Jesus or Council from scripture to those who the reference might offend. The latest straw being the SCOTUS ruling on marrage. The discretion of God physical example of oneness that he desires with his Childern. Did not Yeshua pray the father that he and we might be one with him as he is with the father. So let me ask you where do you find God today in the United States, if you can’t talk about the truth.if the fellowships are fearful to preach the truth because it might offend. God for all purposes has been run out of America. And we have the the gall, after allowing God to be rundown to ask him to bless this nation. Shame on us, we must repent and seek his forgiveness and mercyl judgement is coming get prepared