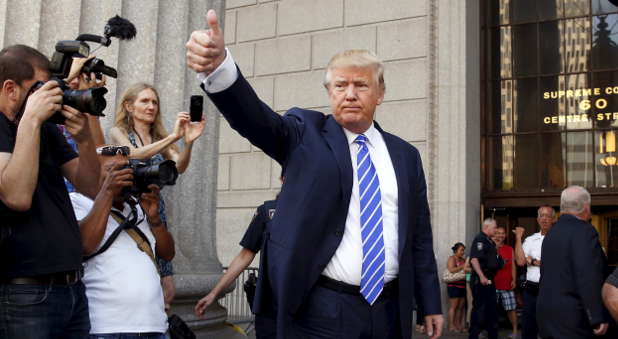 A 2nd prophetic dream about TRUMP? Prophetic Dream: From Trump to Triumph

John Kissinger [01/16/2016 10:12 AM]
I would have expected on the first dream to hear more from John Conger and Ricky Grimsley if this prophecy was about the LAST TRUMP of GOD to America? http://www.pentecostaltheology.com/trump-shall-become-gods-trumpet-to-america/

Stephen Pyle [01/16/2016 11:52 AM]
Could be, Lord willing: President Trump…What a scenario, theLAST TRUMP could sound before the November election!

James P Bowers [01/16/2016 2:29 PM]
What a bunch of irresponsible bull! “Trump to triumph!” Trump can hardly quote a verse from the Bible. Hypothetically, however, God could use Trump for some purpose. After all, God used an ass in the Bible. ? Charisma has gone nuts publishing such nonsense.

John Kissinger [01/19/2016 5:45 AM]
Christians “shouldn’t vote for a political candidate just because they claim to be a Christian. We should vote for the guy with the best ideas, then set about to praying for our leaders, whether they are Christian or not.” via Jimmy Humphrey

Jimmy Humphrey [01/19/2016 5:49 AM]
Trump may win. But he won’t do so because of hyper charismatics prophesying low level puns in the name of Jesus. I remember all the “flaming Bush” prophecies from two president ago.

John Kissinger [01/19/2016 5:50 AM]
Jon Sellers you reckon we should ask Charisma magazine to publish our dream of Hillary winning the Presidential elections in 2016? Alan

This is a research summary published by the John Hopkins University based on the studies of the author concerning what the Bible says. It’s…