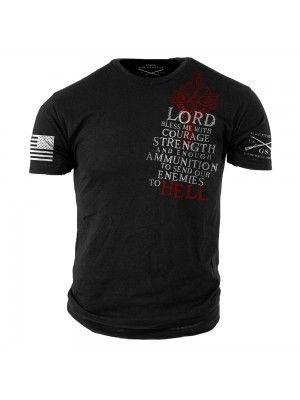 How can you identify a spiritual attack? Here are eight symptoms of an attack:

1. Lack of spiritual passion. The enemy comes to steal your tenacity for the things of God. Suddenly your prayer life seems stalled. Your commitment is tested and you can’t seem to push though. You feel as though you are just going through the motions.

2. Extreme frustration. During a spiritual attack the enemy uses a variety of circumstances to oppress the mind and bring great frustration. A person who is under siege finds themselves on edge and anxious.

3. Confusion about purpose. During a spiritual attack there is often great confusion about spiritual direction. This is one of the chief goals of an attack, to get a believer out of destiny. That wrong move begins by bringing confusion.

4. Lack of peace. The enemy bombards the mind with various thoughts and ongoing temptation in order to rob peace. The mind becomes irritated and exhausted. The enemy does all that he can to bring mental fatigue.

5. Unusually sluggish and tired. A lack of energy and vitality are often the result of an extended attack. Certainly these issues can occur with natural problems, lack of sleep or health battles. In this case though, the root cause is the effect of prolonged spiritual battles.

6. Strong urge to quit assignment. Every believer is born with unique purpose. As God created a purpose for each believer, He also gave unique gifts and grace to fulfill that plan. When a person is living in the high calling, they will prosper in various areas: They will receive financial blessing by excelling in the area that God has called them to. They will feel satisfied and fulfilled living out their destiny. Simply put, the enemy hates when a believer is boldly walking out their purpose and plan. He does all that he can to MOVE the Christian away from their destiny. During an attack he will overwhelm them with thoughts and desires to give up and abandon their post! This is one of his greatest purposes behind spiritual attacks.

8. Questioning direction and call that was once so clear. As the enemy attacks the life of a believer he begins to give them reasons to give up on the very thing that God called them to. This is one of his master tools. He releases confusion, shame, intimidation and a variety of vile schemes to create a cloud of uncertainty. Again, his ultimate goal is to get a believer off the pathway of destiny, A person who is under attack may find themselves deeply questioning the road that they are traveling. Usually, they begin to reexamine decisions that were once crystal clear. Oftentimes a person in the midst of an attack will question prophetic words, spiritual breakthroughs and significant experiences that they had. This is a step towards moving backwards in the Spirit.

As established by the Bishops, the Clergy, and the Laity of the Protestant Episcopal Church in the United States of America, in Convention, on…