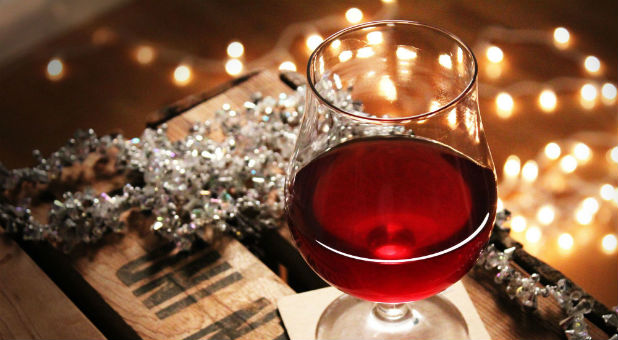 1. I can’t be sober-minded if I’m not sober.
2. Alcohol has an assignment: destruction.
3. Alcohol is a depressant. Anything that depresses should be avoided at all costs… John Kissinger [01/18/2016 8:50 PM]
they will not ask you that – just to walk a straight line to ticket you for no difference between drinking and intoxication 🙂

John Kissinger [01/18/2016 8:55 PM]
Jesus turned his wine out of water. You buy yours in the store … and if you believe Jesus turned your water into wine, you just had a bit too much… NEXT! Tom Steele

Charles Page [01/18/2016 9:05 PM]
John Kissinger, Peter A Vandever would call this thread “legalistic” and I would agree with Peter. You can have internal secret holiness with or without the wine!

John Conger [01/18/2016 9:08 PM]
Sounds like you’re equating drinking and drunkenness to fit your ideology . Don’t be scared to look at it objectively 🙂

Tom Steele [01/18/2016 9:11 PM]
This is a good resource for this topic, it was written in the late 1800’s. Perhaps it was a strong influence toward prohibition in the United States that went from 1920-1933, which was at least in part a result of pressure from a movement to go dry led by Protestants and Political Progressives. There are good word studies in it that you might not find many other places. Like most classic works, a lot of study went into this resource. http://www.amazon.com/The-Temperance-Bible-Commentary-Exposition-Reformation/dp/1146285868

Jimmy Humphrey [01/18/2016 9:13 PM]
I think it’s funny how people try to say that the alcohol content of the wine back then was very low. Yet Paul had to write a letter to the Corinthians to stop getting drunk at the Lords Supper. Ugh… My head hurts just thinking about the bad scholarship and reasoning skills people use when talking about wine from those days to try and fit their preconceived theology. Jesus drank wine, and he drank enough for the Pharisees to accuse him of being a drunk.

Two normal sized margaritas for the average size man (150 pounds) in two hours will only get his blood alcohol level to. . . .0.038%, which is about half the level to be found legal intoxicated. I takes about three margaritas in three hours to get close to the legal intoxication level of 0.075%.

Now if the wine in Jesus day indeed have the alcohol content as claimed by Corey, than to get the same amount of alcohol to be legally intoxicated, someone would have had to drink about two and one-half gallons of wine. . . in three hours.

Which means that not many people would have been getting drunk on that wine. . . in spite of it apparently being a common practice at wedding parties.

Corey, I’m not convinced you know what you are talking about. . . .

John Kissinger [01/18/2016 9:20 PM]
Charles Page you got hang on the practical commitments didnt you 🙂 Timothy Carter

IzzyAvraham: Pentecostal? It’s time for a PENTATEUCHAL REVIVAL in the Holy Ghost!

In Paul’s letters, he mostly talked about a specific aspect of the Torah – the legal side. This leaves many Christians with a narrow…