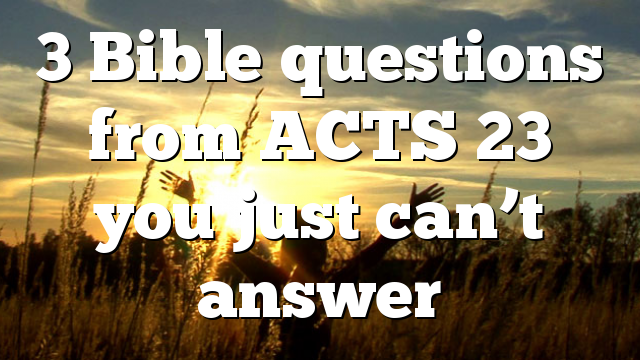 1. Was Paul sincere when he said that he did not know that the man who gave the order to slap him was the High Priest or was he speaking sarcastically?
2. Why would the Lord feel the need to encourage Paul if he was remaining bold and unmoving
3. Ship with 470 soldiers would have been both unsuccessful and suicidal. This being said, Paul ends up safe. But what happened to the men who put themselves under the oath?