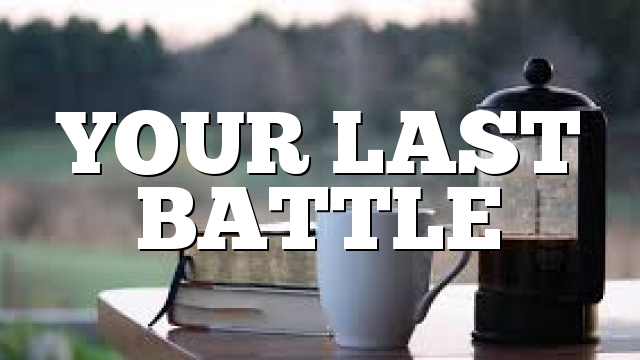 In the wake of the French Revolution of 1789 the new Republic needed able officers. This provided the ambitioius and energetic Napoleon Bonaparte with the chance to excel. Rising rapidly in power he became the general of the army, and gaining victory after victory was soon the most feared man in Europe.

In 1804 Napoleon was crowned Emperor and with practically the whole of Europe under his control was entertaining the aspisration of world dictatorship. The ARCH OF TRIUMPH in the city of Paris records the progress of this famous warlord and the battles fought and won are there for all to see. There is however, one very important battle missing. Ah yes! The battle of Waterloo…. It was LOST by Bonaparte.

Defeated by the British and Prussian troops at Waterloo in 1815 Napoleon was taken captive and exiled on the remote and barren island of St Helene in the Atlantic. Thus it was the all-important LAST battle which had been the decisive issue. Previous victories were of no avail for to lose the LAST battle was to lose all…. Napoleon was left with the haunting memories of what he could have been had he not lost his final battle. Humiliated and forgotten Bonaparte died on the 5th of May 1821 after only six years in exile.

Dear Reader, while you reflect on Naopoleon’s tragic ending remember YOURSELF…. Will you lose your last battle? The battle for your soul, the REAL YOU that makes you different from everyone else.

Losing this battle is far easier than you may imagine. If you have never committed your life to Jesus then you have already lost…..

How tragic to have made a success of this life only at the end of it all to be cast into HELL. Jesus said: “What shall it profit a man if he shall gain the whole world and lose his OWN SOUL” Alas, in Hell there is no escaping the blistering heat of the flames. Doomed for eternity, those in this terible place are not only tormented in body but also in mind as they remorsefully reflect upon the fact that they need never have come to this awful place.

But to receive Jesus is to gain far, far more than the escaping of Hell. Salvation is for this LIFE, RIGHT now. The Bible says: “If any man be in Christ he is a NEW CREATURE, old things have passed away behold all things have become new”. Gone in your experience will be sin and all its guilt and condemnation. Gone will be that “Old self” that has held you in its iron grip so long. And in its place will be a brand new life. What a releasing!

The Bible says: “Whosoever shall call upon the name of the Lord shall be saved”. In simple faith and prayer confess your past sins to Jesus and ask for His forgiveness:-

“Lord Jesus, I’m sorry for the wrong way I’ve lived all of my life. I acknowledge all my past sin. Please forgive me and save me right now. Thank you for hearing my prayer. Please help me to live for you from this day onwards”

Now rise up and share your experience of Salvation with other Born-Again Christians. Join a Bible Believing church, and read your Bible and pray each day.

Could YOU kill a fellow Christian brother in combat?