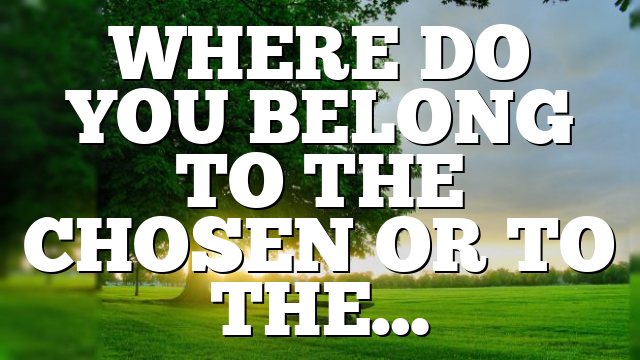 WHERE DO YOU BELONG TO THE CHOSEN OR TO THE BLINDED?

Those whom God had already chosen he also set apart to become like his Son, so that the Son would be the first among many believers. And so those whom God set apart, he called; and those he called, he put right with himself, and he shared his glory with them. (Romans 8:29-30)

His disciples asked Jesus what this parable meant, and he answered, “The knowledge of the secrets of the Kingdom of God has been given to you, but to the rest it comes by means of parables, so that they may look but not see, and listen but not understand. (Luke 8:9-10)

FAITH GIVE YOU ACCESS TO ALL THAT BELONG TO GOD.True faith really try everything that is in your heart and it separate the real…