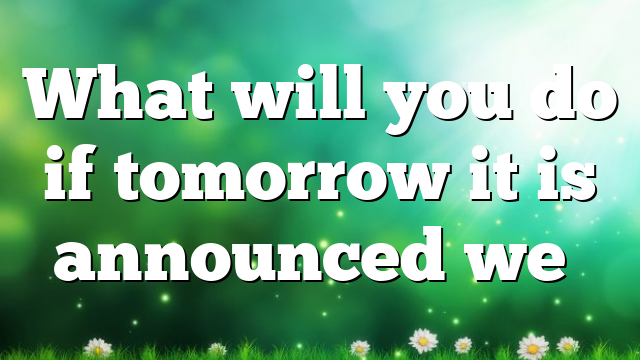 What will you do if tomorrow it is announced we have one week to get a mark on our right hand or forehead in order to be able to buy or sell?
That all cash and debit,credit cards and checks will be of no use or value in one week. Rather it be a tattoo,a chip,or something else,the time is coming.
So if you find yourself in this situation and have not been raptured away what will you do. Do you have a plan?
Noah was warned of the coming flood and prepared acording to Gods word by building the ark.
Lot was warned of the destruction coming and fled.
We are warned of a time coming where we will be unable to buy or sell,what will you do ?

Who is worthy to lead us as a nation, or on a global scale down a path of righteousness? Our answer is not coming…