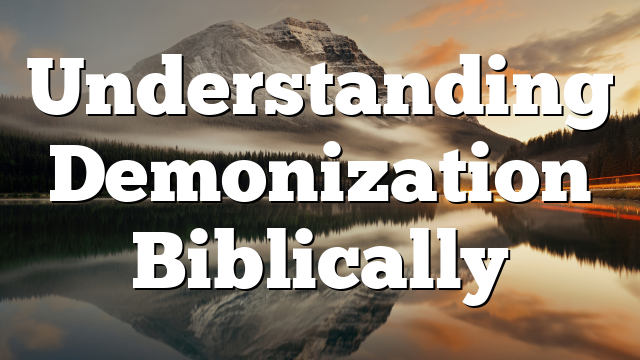 Originally used as a teaching in a seminary class on Spiritual Warfare, I explain the meaning of demon possession vs demonization, and understanding the difference between different degrees of demonic influence and demon infestation. I explain how a Christian cannot be demon-possessed, that is, owned by a demon, but can be demonized, or demon infested or under a degree of control by demons. Also, some of the footholds by which demons gain access.

Appeals court rules gender dysphoria is a protected disability, sides with trans inmate A federal court has ruled that the Americans With Disabilities Act protects trans-identified individuals and that a prison policy requiring inmates to be housed based on their biological sex violates federal law. Paris hit by 80% of average August rainfall in 90 […]