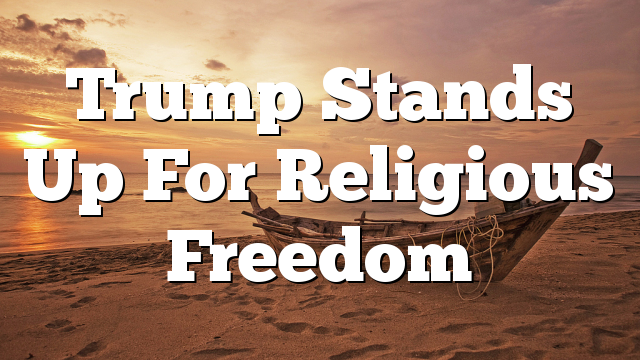 A VOICE IN THE WHITE HOUSE: Today, President Donald J. Trump signed an Executive Order to ensure that the faith-based and community organizations that form the bedrock of our society have strong advocates in the White House and throughout the Federal Government.

PRIORITIZING RELIGIOUS FREEDOM: President Trump has made it clear that religious freedom is a priority throughout his Administration.

ONE NATION UNDER GOD: President Trump has publicly stood with people of faith and with those who advocate for the sanctity of life.

PROTECTING RELIGIOUS FREEDOM: Throughout his tenure as President, Donald Trump has been a champion for religious liberty in the United States, restoring the ideals that have undergirded our Nation’s freedom and prosperity since its founding.

PROTECTING THE SANCTITY OF LIFE: The President has been one of the foremost defenders of the sanctity of life in the history of the White House.