#Trump once again showed that he can be one man on the stump before a crowd of zealous supporters, and another when he’s debating a range of issues before a national audience.

What does this mean for conservative Pentecostals? Jon David 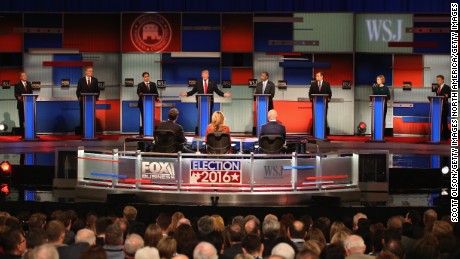 John Kissinger [11/12/2015 5:58 PM]
Trump did OK except about China 🙂 The guy from OH really struck me as knowing what he was talking about Jon I’m getting a feeling we may have H vs #Fiorina in the final round with #Trump as independent http://thehill.com/blogs/ballot-box/gop-primaries/259780-trump-booed-for-criticizing-fiorina-over-interruption

Jon Sellers [11/12/2015 6:10 PM]
I don’t think Trump will go independent. He has promised to support whoever the nominee is even if it is not him. The desire for a third-party is not strong enough to elect a president in my opinion. I think it’s too early to call the race.

I was watching a video from someone I’ve met and spent some time with one day on Facebook. He was saying that the Old…