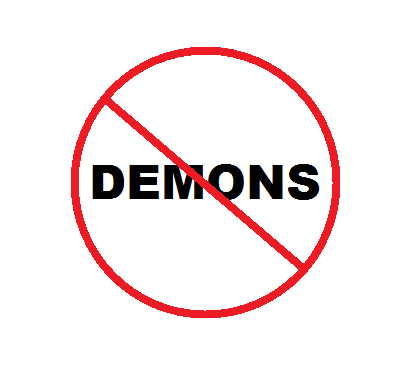 1. Transference of spirits through laying of hands: There is powerful transference of spirits through laying of hands.The Holy Bible tells us in the book of (Deut.34:9), that, via positive laying of hands Prophet Moses transferred the spirit of wisdom unto Joshua in order for him to be able to lead the Israelites to the promised land ; after God had concluded to call him home in time as a result of anger problems.Via negative laying of hands, a lot of people today are going through great agony as a result of hands laid on them for one reason or the other in the past. Either through Witchdoctors, occultic human persons,marine human agents, etc.

2. Transference of spirits through word or communication: Select your friends among Christians believers only (1 Cor.15:33).In another vain anyone that is not wise enough can be corrupted with immoral acts ; if such person is having regular communication with someone that is into immoral activities and that refuses to change positively in time

3. Transference of spirits via association:Mind the people you move or associate with. Also marriage between believers and unbelievers should be discouraged. So that, one wouldn’t be contaminated / possessed. It is highly advisable for someone to move in company of consecrated believers (2 Cor.6:14-18; Amos 3:3; Proverb 13:20).Lastly, a lot of people today changed from good to bad and are swimming as :hire killers,grug peddlers, drunkard, smokers, cheaters, immoral, etc. because of the bad association they keeps.

4. Transference of spirits through sex:There is a powerful transference of spirits through sex, and it is the easiest way through which evil spirits are transferred from one person to another. In every 100 percent cases of negative transference of spirits; over 85 percent are traceable to rough sexual activities.The Bible tells in (1 Cor. 6:16), that if you are joined sexually with a harlot, you both become one, so if you have any sexual relationship with a highly demonized persons or occultic agents, witchcraft agents, fetish priests, marine agents, this would certainly bring transference of spirits from such a person to you.This has resulted in some men and women worldwide becoming barren, impotent, infertile, backwardness in their life endeavors ,etc. And also losing control over their sexual life to the extent that they cannot sleep one night without having sex.For the singles it can delay someone not getting married in time

5. Transference of spirits through television: The spirit of immorality can easily been transferred through watching blue films; just as the Holy Spirit of our Lord Jesus Christ can be transferred by watching dedicated men of God preaching on television.

7. Transference of spirits via parent: If one’s father or mother has marine evil spirits problem or any other evil spirits, definitely the children may have it also. These spirits may go from one generation to another (generational Spirits) if not exercised out in time.

8. Transference of spirits through music: Music is another powerful medium of transfer of evil spirits. Just as there are good (Christian) gospel musics; so also we have very bad musics such as evil conceived songs that encourages : immorality, violence, murder, invocation of demons /worshiping of Satan, etc.

10. Transference of spirits through Objects and other materials:Many homes and people are under the influence of demons because of the presence of objects which they kept .Such items ranging from: shrines, contaminated ear rings/ neck laces/ artifacts/ occultic symbols/pictures/ molded statute of mermaid, devil (Joshua 7:1-11, 24-26); etc.

Other materials that can be easily contaminated are: candles, incense, perfume, soap, pictures, perfumes, holy water collections from false prophets/fetist priest, etc… That had nothing to offer than evil.Also watching idols festivities or participating in it; directly or indirectly can also affect someone indirectly sometimes depending on circumstances (Hosea 4:6 A”lack of knowledge”, Deut. 27:15 ”against”).11. Transference of spirits through re-incarnation: Through re-incarnation believes, pronouncements, many people invoked evil spirits ignorantly into their children.Remember, (Hebrew 9:27) said “it appointed unto man once to die thereafter judgment”.A death person has no link with any living person .This unholy believes/ pronouncements are very common among non – Christians especially in Africa

12. Transference of spirits through Environment: There are demonic spirits in charge of any country, city, town, and villages’ .Just like as we have angels of God everywhere and also earthly political or military or monarchy government in placed worldwide. To the extent that these demonic spirits manipulates or controls what goes on within their respective jurisdictions (Dan. 10:13, 20, Rev. 12:17-12).Some areas may be classified or zoned as high level immoral activities; and if proper care are not taken by innocent people living in such area or city , may be affected directly or indirectly through blind initiations/ possessed especially the ignorant ones ; whose christian life are at low level.13. Transference of spirits through the Dead and burial ceremonies participation: Transference of spirits through the dead and burial ceremonies participation is highly possible. Demons doesn’t die when people dies, and when any person dies whom they possessed, the demons would certainly leave such bodies and for out look to another person or persons to inhibit/possessed.People that works in the mortuary or hospital are advised to learn how to conduct self deliverance exercises for themselves.So that, they would be conducting self deliverance exercises for themselves almost everyday ( especially after closing hours at their respective homes).During burial ceremonies participation also ; many people normally comes around to sympathized with the berieved; but sometimes some persons also comes with wrong motives to attack some family members that are mourning their loved one that died.Christians shouldn’t be ignorant about the devices of Satan, but to be fully alert.Because ,Satan knew that this kind of period most Christians prayer lives are at low state ; as a result of mourning acts that enveloped such persons shockingly.In order not fall in as victims to enemies silent attacks; like: poison, sicknesses and diseases(watch and pray).