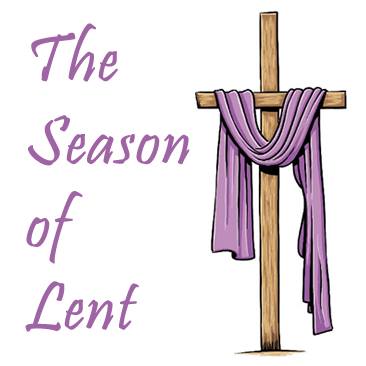 Can anyone in this group shine a light on lent and Easter?

Are they or are they not pagan holidays. If this is not appropriate for this site I will not post again. Only trusting in the knowledge of the groups members. Thank you for any and all comments.

Ricky Grimsley [02/14/2016 9:44 PM]
Easter has its roots in paganism. The word easter comes from ashteroth. All the eggs and bunny crap is pagan. However, celebrating the resurrection of our lord is certainly appropriate in a christ-centered way. Personally, i would abstain from egg-hunts and the like. I have never studied lent but i see the practice of fasting from sweets or beer or something like that and comparing it to jesus fasting 40 days and nights from food and water as silliness.

Michel Gutman [02/14/2016 9:57 PM]
Yeshua (Jesus) was resurrected in the days following Passover (the last supper). This year, Easter is a month before Passover. Clearly, it has absolutely nothing to do with the resurrection…

Tom Steele [02/14/2016 10:54 PM]
Doyle, your post is quite appropriate to this group, it is a legitimate question and a legitimate topic of study for a group of Pentecostal Christian Believers. Just expect on this group that you will likely get responses on both sides of the issue, and some of those responses will be pretty strong and maybe more than you might easily be able to handle as someone stating that you are, “not a scholar, but learning.”

When it comes to some of these Holidays that are not given in the Bible there are a lot of opinions. Christmas and Easter, of course, being the biggest Holidays debated along these lines. For the sake of the topic and your question, I will stick with Easter. The day is meant by Christians as a celebration of the Resurrection, and as such it is more appropriately termed Resurrection Day. That said, Michel Gutman is correct that Christ rose a few days after Passover, since He was crucified on or close to Passover (depending on who you talk to, I believe it was on Passover). This would make Easter a poor time choice, but we also have to consider that it is a widely accepted date to celebrate. The same is true about Christmas… it is becoming very well established among theologians that Christ was most likely born during the Feast of Tabernacles, which occurs in late September or early October. What many don’t realize, however, is that a birth during Tabernacles would put His conception in the womb sometime around late December or early January (Christmas is celebrated on January 6th in some cultures, when the Holiday was initiated there was a difference of opinion on the date and some Churches went with January 6, but December 25 seems to be what got the most momentum).

The reason the dates don’t line up is because the Jewish calendar is based on monthly lunar cycles, and the modern Gregorian calendar we commonly use today is based on the annual cycle of the sun. There is an offset of days as a result. Also, we make up time every four years using a leap year and adding one day, the Jewish calendar makes up the time by adding a whole month (which happens every 2-3 years on average, it’s based on a 19 year cycle and occurs 7 times in that 19 year cycle). That is why this year, as Michel points out, Passover and Easter are separated by a month.

Christians are more and more learning these things and finding out the truth about the Hebrew/Jewish culture that every leading character and author in Scripture was a part of, but while on that path there is certainly still wisdom in celebrating during accepted times as well. There may very well come a day when non-Biblical Holidays like Christmas and Easter are completely abandoned by Belivers, but so long as they are still a part of Christian culture it is a good idea to embrace them, but without the paganism that is so inundated into them. As for Easter, this would include Easter bunnies, Easter eggs, and even the name Easter itself (but if someone gives me a chocolate egg or a chocolate bunny, I’m not planning to turn it down either, chocolate is chocolate, not worshiping paganism by eating a piece of chocolate). I see no reason, however, to shun the celebration altogether as it is currently the biggest opportunity of the year to tell the world around us about the Resurrection of Christ. It’s one of the biggest days of the year for preaching the Gospel right now, much like the Day of Atonement was the biggest day of the year for the ancient Hebrew people.

What I do see happening, and for good reason, is the Spirit moving to bring Christians back to the foundations and getting their dates right on a lot of this stuff, not just trying to abandon the pagan influences that have been mixed with these days. The reason I say it is for good reason is because we live in a unique time. Today the Internet allows anyone and everyone to get information on a topic with the click of a button. For this reason, we have a generation coming of age right now that knows when we are saying things that are not true, even if we don’t realize it ourselves. When we insist that Christ was born on December 25th or that He was raised on Easter we will lose our credibility with these young people who know these things are wrong. If we want to really win the next generation, it’s literally going to take the truth that has been ignored for so long. Christians will not be able to get away with beliefs that they have gotten away with for so long, truth will become an essential part of any future revival to come.

Signs and wonders of past revivals won’t be enough. Today’s generation has seen enough witchcraft and supernatural acts from the devil’s crowd that our signs and wonders won’t impress them very much. It will be the truth, as Scripture says, that sets this generation and those that follow free from the chains of sin and death.

So, as long as celebrating Christ’s Resurrection at Easter is working and winning souls, rejoice and participate in it. But when you see it beginning to fail as a tool of evangelism and more people coming to reject Christianity because of it, remember these words and be prepared to present the truth to them, and you will see them come to faith in Christ.

Stan Wayne [02/14/2016 11:10 PM]
Michael please. Please read Zola Levitt for concise explanation. The Jews are probably right but so what?

Stan Wayne [02/15/2016 9:16 AM]
But calling Thorsday Thursday and wodensday Wednesday is a matter of language – same as Easter and Pascha

Karen Lucas [02/15/2016 10:35 PM]
It’s a pagan holiday that Christians redeemed like most of the others. We’ve always been rebels like that…taking what as meant for darkness and infusing it with the light of Christ. I love that about us…so counter-culture.

FacebookTwitterSubscribe
Subscribe to receive all news to your email or phone: [wysija_form id="1"]
easterlentpentecostalunderstanding