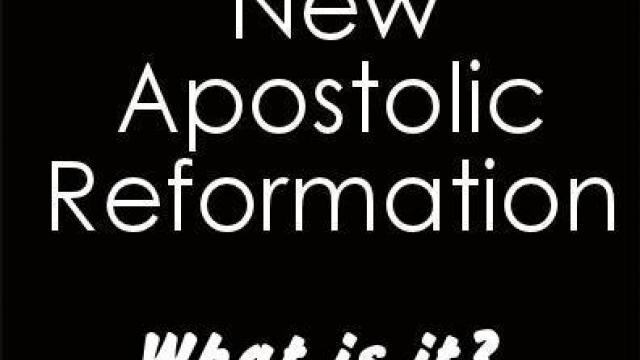 NEW COMBINED TOPIC ON NAR (old one was deleted by facebook – http://www.pentecostaltheology.com/a-combined-topic-on-nar/ ) Terry Wiles [12/08/2015 10:51 AM]
They greatly appeal to the people in oppressed countries simply because their religious leaders, I won’t call them apostles, come to power with twisted words and false prophesies and saturate the television (much lower cost) and put their people under greater bondage while they get fat cat rich.

The NAR in the counties I serve in Central and South America is better described by the words of Jesus in Mathew 24. “Many false prophets will arise and deceive many”

John Kissinger [12/10/2015 12:02 PM]
Is Barth saying the opposite of Wagner ? In the Church of Jesus Christ there can and should be no non-theologians. ~Karl Barth http://apostasyalert.org/REFLECTIONS/wagner.htm

Link Hudson [12/10/2015 6:34 PM]
Sounds likely that they are behind it. Modern feminist thought has also been highly influenced by Marxist philosophy. Women take the place of the poor proles. This serves as a good warning against allowing us to be too influenced by the winds of doctrine in our culture when interpreting scripture.

The Islamic State awaits the army of “Rome”

The Islamic State awaits the army of “Rome,” whose defeat at Dabiq, Syria, will initiate the countdown to the apocalypse. John Kissinger [11/16/2015 6:27…