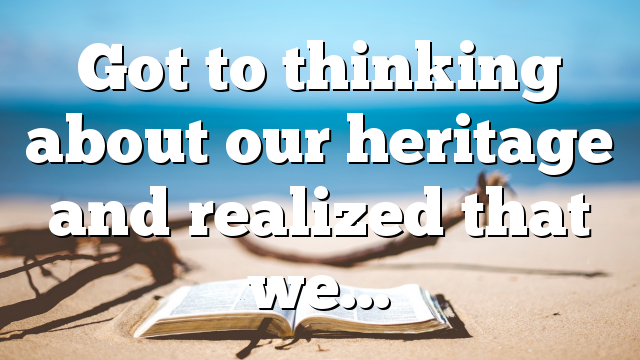 Got to thinking about our heritage and realized that we have come through some tough times since 1884. The south had not healed from the civil war, when the church was born and the south was still being punished by the northern victors. Then came WW I and many thought it was the end of time. The Great depression kept the folks poor. WW II came before we got over the depression and then there was the Korean war and Vietnam war, the Cold war and the Nuclear bomb scare and that was only our first 100 years.
The Church of God has had no let up in stress and in uncertainty. Of course the other church bodies have come through the same time but the one difference is that the Church of God folks came primarily from the poorer ranks and have suffered more acutely. We also see history as well as the future somewhat differently than most of our neighbors.