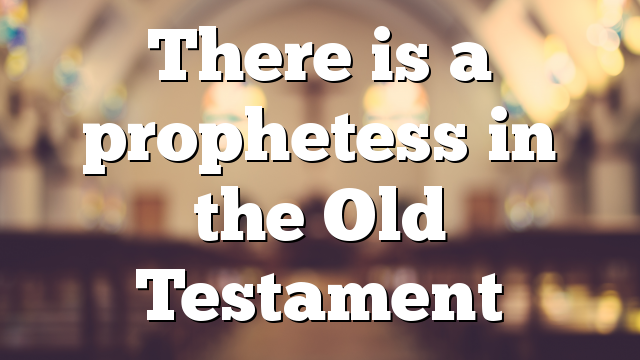 There is a prophetess in the Old Testament that was only named one time. (Nehemiah 6:14) How sad that she is still remembered today in a negative way. Her one chance to be recorded in Scripture and she blew it! I wonder if Noadiah had realized this, she may have reconsidered her actions. Her name itself intimates that she was one to whom God had revealed Himself. However, whether she was wrongly influenced by Sanballat and Tobiah or was acting out of a personal vendetta, she was named by Nehemiah as being among those who were trying to intimidate him in order to stop his work in rebuilding the wall around Jerusalem. Let this be a reminder to those of us who have been called by God to His ministry, that we walk humbly before Him and be careful not to oppose those that are doing God’s work, no matter what our personal feelings may be. We must be led by the Spirit and not by our own feelings.

PASTOR is in COURT for ‘Satanic Islam’ sermon