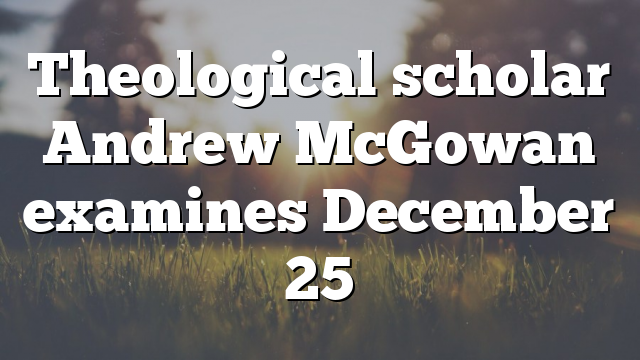 December 25th for Christmas was a pre-Constantine tradition.

“Around 200 C.E. Tertullian of Carthage reported the calculation that the 14th of Nisan (the day of the crucifixion according to the Gospel of John) in the year Jesus diedc was equivalent to March 25 in the Roman (solar) calendar.9 March 25 is, of course, nine months before December 25; it was later recognized as the Feast of the Annunciation—the commemoration of Jesus’ conception.10 Thus, Jesus was believed to have been conceived and crucified on the same day of the year. Exactly nine months later, Jesus was born, on December 25.d”

Theological scholar Andrew McGowan examines how December 25 came to be associated with the birthday of Jesus and became Christmas, a holiday celebrated by Christians around the world.