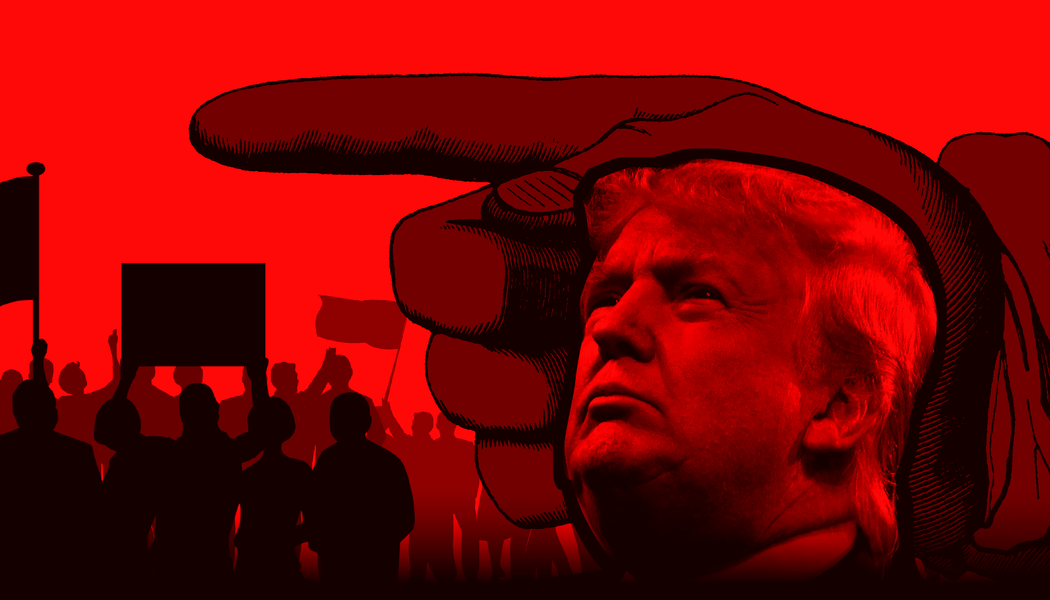 The rise of American authoritarianism #ourCOG

A niche group of political scientists may have uncovered what’s driving Donald Trump’s ascent. What they found has implications that go well beyond 2016. The American media, over the past year, has been trying to work out something of a mystery: Why is the Republican electorate supporting a far-right, orange-toned populist with no real political experience, who espouses extreme and often bizarre views? How has Donald Trump, seemingly out of nowhere, suddenly become so popular? 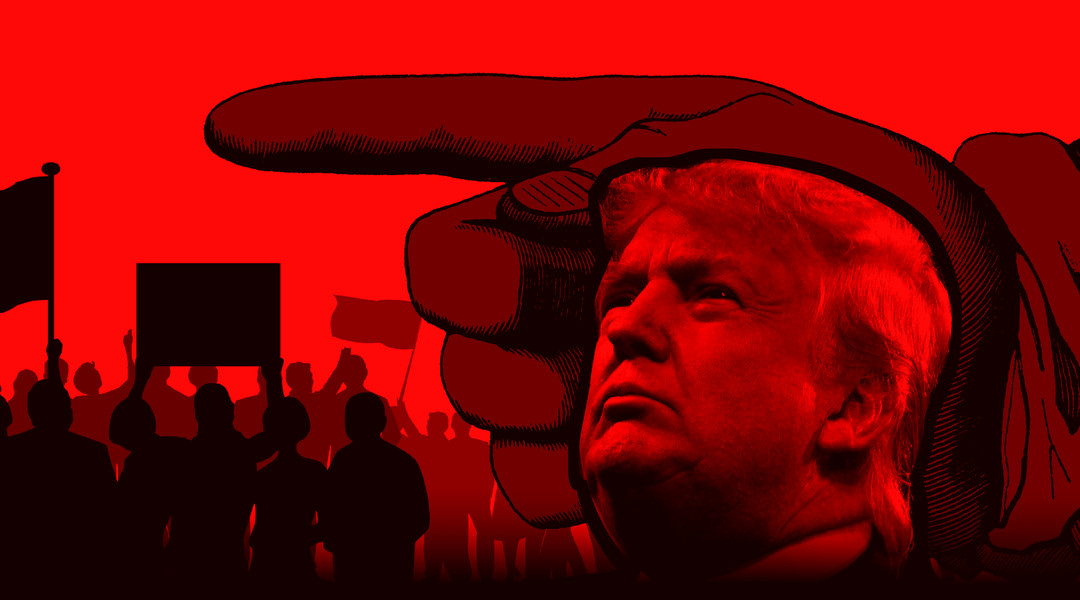 Jimmy Humphrey [03/12/2016 4:13 PM]
Pentecostals should be comfortable with authoritarianism. Many within the movement have practiced it for 100 years now.

1. Using military force over diplomacy against countries that threaten the United States

2. Changing the Constitution to bar citizenship for children of illegal immigrants

3. Imposing extra airport checks on passengers who appear to be of Middle Eastern descent in order to curb terrorism

4. Requiring all citizens to carry a national ID card at all times to show to a police officer on request, to curb terrorism

5. Allowing the federal government to scan all phone calls for calls to any number linked to terrorism

What these policies share in common is an outsize fear of threats, physical and social, and, more than that, a desire to meet those threats with severe government action — with policies that are authoritarian not just in style but in actuality. The scale of the desired response is, in some ways, what most distinguishes authoritarians from the rest of the GOP.

If Trump loses the election, that won’t remove the threats and social changes that trigger the “action side” of authoritarianism This helps explain why the GOP has had such a hard time co-opting Trump’s supporters, even though those supporters’ immediate policy concerns, such as limiting immigration or protecting national security, line up with party orthodoxy. The real divide is over how far to go in responding. And the party establishment is simply unwilling to call for such explicitly authoritarian policies.

David Lewayne Porter [03/12/2016 6:40 PM]
1-5 1 – only after diplomatic channels fail or that country has previously proven the need. 2 – if the babies were born here while the parents were illegal – yes guilty 3 – decent, no prior travel history, yes 4 – I thought anyone of legal age was to have ID on them when out in public 5 – nope, scan all calls coming into those numbers of the terrorists group. If you call them and your number is aquired then they should have the right to keep tabs on you.

So then, what does that make me?

Troy Day [03/12/2016 7:20 PM]
David Lewayne Porter I dont know brother. It just seems unfare to punish the children because of the sins of the parents, right ?

David Lewayne Porter [03/12/2016 8:23 PM]
Show me were anything is fair Did not you have to ask God for forgiveness because of Adam’s original sin?

If a thief steals a diamond necklace from a family and pawns it, then the necklace is found, the necklace is returned to the legal owner and the cops and pawn shop goes after the thief to recoup the lost and prosecute them on charges. So then how is “stolen citizenship through illegal activity different.

Troy Day [03/13/2016 3:10 PM]
Well now, I pretty am sure just about anyone in this group has some great grand parent who came in this country illegally, dont you?

Derrick Harmon [03/13/2016 3:59 PM]
Which is it? Am I a sinner because I vote for Trump or have I lost my salvation? I am just curious about what the left-wingers are saying.

John Kissinger [03/15/2016 8:41 AM]
There are fundamental ideological errors in some of the opinions here – either from mass confusion or deliberate misunderstanding on the foundations of conservative capitalism. The liberal left has been historically credited with extreme authoritarianism and totalitarianism. If indeed, as claimed by some here, liberals are now describing conservative capitalism as authoritative, this indicates a fundamental shift in the foundation of any capitalist libertarian society. And it may even mean the end of free trade based economix and American democrasy as we know them

Stan Wayne [03/15/2016 8:48 AM]
I meant immigration into the US from Europe – there was none that was illegal because they had to travel on ships which docked at Ellis Island

John Kissinger [03/15/2016 8:51 AM]
When it’s ‘into’ its now called emigration, but this is beyond my point. i was speaking to the fact, that if the liberal left which is historically socialist and authoritative is now ascribing authoritarianism and totalitarianism to the conservative right, there is a shift in the foundation of capitalist libertarian society. Or it may be that the OP article is just trying to prove this

Emigrate means to leave one’s country to live in another. Immigrate is to come into another country to live permanently. Migrate is to move, like bird in the winter. The choice between emigrate, immigrate, and migrate depends on the sentence’s point of view. emigrate vs. immigrate vs. migrate : Choose Your Words … https://www.vocabulary.com/articles/…/emigrate-immigrate-migrate/

Ricky Grimsley [03/15/2016 9:27 AM]
I think its always been a giant distraction. America is the perfect example of Gen. 50:20. We probably havent a christian president since George washington. If that. On one side people came here for religious freedom and all that but the founding fathers had other plans. Most of them were free-masons and were following francis bacon and his thoughts on a new atlantis. America was always just an extension of the british empire. Almost all of the presidents were related to the royal family. Our political system is beyond rigged and still controlled by the banking system based in london.

FacebookTwitterSubscribe
Subscribe to receive all news to your email or phone: [wysija_form id="1"]
americanauthoritarianismourcogrise

#worshiptainment HALLOWEDNESS, NOT SHALLOWNESS 1. Who or what is the spotlight really on? 2. What message are we communicating? 3. How are lives changed?…