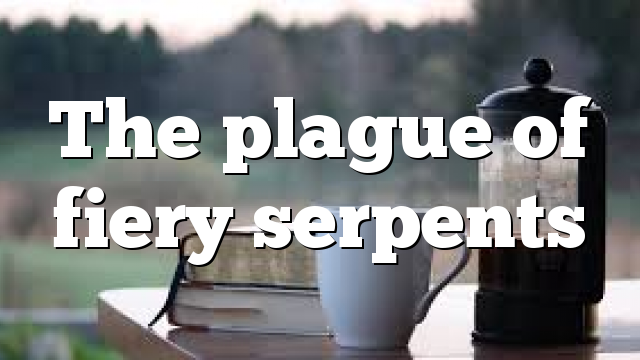 Ministering to God’s peopl in a divided world.

In the days of king David there was a great plague in which seventy thousand people died. In the midst of this tragedy king David sought the forgiveness of God and his help. God responded to the heart’s cry of David and the plague was stopped. (2 Samuel 24:15)

I have listened to the corona virus government updates almost daily since they began but have never once heard any minister, or scientific adverser, mention the existence of God or asked him for his help in solving the problem . How very, very sad…. The plague might have been over by now world-wide if those in authority in each nation had sought God’s help…. Instead they have been more concerned with their scientific explanations and the wisdom of man….

Nevertheless, the Bible says that prior to the arrival of Jesus the Gospel will be preached in all the world… those who don’t heed it will do so at their own peril and will not be able to blame God when they meet with the tragedies of life…

The plague of firely serpants

“…And the Lord sent fiery serpents among the people, and they bit the people; and much people of Israel died. Therefore the people came to Moses and said, we have sinned, for we have spoken against the Lord, and against thee.” (Numbers 21:6-7)

Although God was continually meeting the needs of Israel in the wilderness after they had been delivered from their slavery in Egypt the people were never satisfied with God’s provision but continually complained and spoke against Moses and God saying that they wished that they could be back in Egypt. Their sin in this way opened the door for poisonous snakes to overrun their camp and sting the people and many died as a result.

Israel should have realised, and so must we, that the earth belongs to God who created it and if we want to live on planet earth we must learn to behave ourselves properly, or pay the consequences of our sin. Behaving ourselves properly is doing so in accordance with his word, and we must read the Bible daily in order to get to know what he expects from us. His laws and precepts are not there to intimidate us but that we should follow his council and as a result enjoy our stay on earth, and at the end of our days go to heaven.

In the camp of Israel people were dying everywhere from the poisonous bite of the serpents. This tragedy alerted them to their sin and they came to Moses in a state of repentance saying “We have sinned…Pray unto the Lord that he take away the serpents from us.” (Numbers 21:7) Moses prayed for the people and God instructed Moses to make a serpent out of brass, fix it to a pole, and erect it in the camp of Israel “…and it came to pass, that if a serpent had bitten a man, when he beheld the serpent he lived.” (Numbers 21:9)

God, by his grace and mercy, had provided an avenue of deliverance for the people. It was now the individuals responsibility to believe what he was told and look upon the serpent on the pole…A simple act of abeyance that brought the result… There is no scientific explanation to this, neither is that necessary…

Although the sacrificial death of Jesus paid for everyone’s sin the result is not automatically received…Every individual must personally look to Jesus as his, or her, sin bearer. Of course you you may not wish to believe this, as the Pharisees did not, to which Jesus said “If you believe not that I am he (your sin bearer) ye shall die in your sins ( John 8:24 )… And forfeit heaven for there is no place in heaven for sins…

In passing, I am reminded of the troubles in Northern Ireland some years ago. The problem had become very serious and every one was affected by the killings and destruction daily, and looked for a solution. Then one day it was announced that the life of one of the major terrorists had been totally changed. He had renounced all violence and become a law-abiding citizen. The Media wasted no time in calling for the man to be interviewed and the reason for his change of heart to be known….

A day was arranged on state television and he began to give his testimony, telling of his hearing the Gospel and giving his heart to Jesus. Alas, he didn’t get very far. The interviewer politely cut him short and the programme continued along other lines… They didn’t want to know about God being the solution… The destruction continued in Northern Ireland for a further two to three more years, and more people lost their lives as a result.

Today the entire world is facing an unparalleled crisis as tens of thousands die daily as the corona virus continues unabated with no end in sight. God is the ONLY solution to the problem, yet I regret to have to say that those in authority in every nation have for the most part not even mentioned the existence of God, let alone call upon his name for help … Mid afternoon the other day I listened to a professor of science explain how the corona virus started. According to him ” …A flying bat that was infected with the virus struck an animal and passed on the disease.” What utter utter rot: Put there by the Devil to divert attention from the real cause and its remedy…. Herein is the scripture fulfilled ” Hath not God made foolish the wisdom of this world.” (1 Corinthians 1:20)

For those people who have genuinely repented, and their lives show it, Psalm 91 says: ” A thousand shall fall at thy side, and ten thousand at thy right hand; but it shall not come nigh thee.” (Verse 7)

” There shall no evil befall thee, neither shall any plague come nigh thy dwelling. For he shall give his angels charge over thee, to keep thee in all thy ways.” (Verse 10-11)

Beloved, there is no greater deliverance than that which God provides, and at such a time as this… Renew your walk with the Lord by repenting of every back sliden condition, and if there was never an actual day when you gave your heart and life to Jesus, do it today because the hour of destiny has arrived and you might not have another opportunity…

The value of the Gospel

Some time ago I had a prophetic dream in answer to my prayer regarding sickness. I remember the details of this dream vividly to this day. I saw a large field, about the size of a football pitch, in which people sat in neat rows. I stood at the far end of this field and beside me was a middled aged woman from the West Indies.

Suddenly, and quite unsuspectingly, a deep groan arose from the multitude of seated people in the field. I looked up to see a grim faced rider on a black horse that galloped between the rows of people. In the rider’s hand was what looked to be a tar brush. With this he was indiscriminately striking people within reach. Everyone that was struck in this way became sick…

Eventually the black horse rider reached the far end of the field where I stood. However, he was unable to strike me nor the West Indian woman at my side. This was because we both were under the blood of Jesus, having responded to the Gospel some months before this incident took place.

From to time we are told by people, Christians included, of dreams and visions, or messages, that they claim to have herd from God…I can recall a Christian friend telling me that God had told him that I was to immediately leave my home in Pickering for my safety and seek somewhere else to live…I didn’t doubt that he heard this but was it from God??

The scripture says “…there are three that bear witness on earth, the spirit, and the water, and the blood”(1 John 5:8) The “spirit” types our spirit; the “water” types the word of God; and the “blood” types the Holy Spirit. The truth is established when these three agree as one…I prayed about what I was told about leaving my home in Pickering and found that there was no witness in my spirit from the Holy Spirit, nor that this word was God’s Word for me. I stayed on in my Pickering home where God has blessed me ever since…Thank you Jesus…

This brings me to the point of asking if the dream that I was telling you about at the beginning of this study about the black horse rider, was in fact from God. Here is the answer in what Jesus said about the Galileans that had suffered martyrdom at the hands of Plate, and later, the fall of the tower at the pool of Siloam that killed eighteen people (Luke 13:1-5) Are we to suppose that these unfortunate people were sinners above all people who lived at Jerusalem because this happened to them? No said Jesus “but except ye repent ye shall likewise perish.

Similarly, anything, including sickness from the black horse rider, can happen to anyone at any time… You don’t have to be particularly evil, just living an unrepentant life…Beloved, to come through life successfully, particularly now that the hour of destiny is upon the world, you must be Born Again (as Jesus said to Nicodemus. John 3:3) I humbly ask you if there was an actual day when you asked Jesus into your life? We are born Physically on an actual day we call our birthday, and we must be born spiritually on an actual day too, (hence the term “Born Again”) Surrender your life to Jesus NOW…Because you might never have the opportunity to do so again…

The RAPTURE of the CHURCH – When is it?