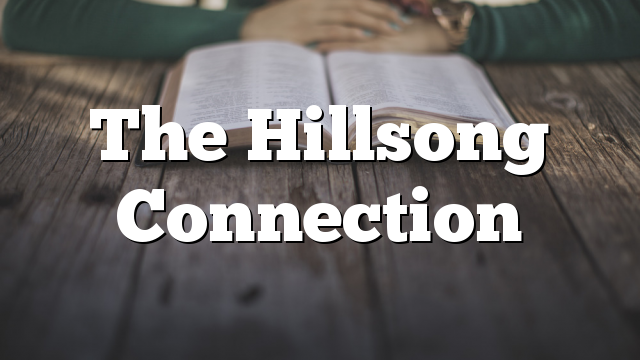 I believe in creation. The Bible starts in the beginning God created the heavens and the earth. If I waver on the first 10 words of the Bible I think I’m going to have problems properly representing the rest of the Bible. However, timeframes, over what period of time that was, whether there was room for any evolving in some areas of life as well, I’m more than open to that. I’m happy to leave that to the experts. (http://www.religionnewsblog.com/13665/hillsong-church-interview-with-brian-houston)

This statement certainly allows for fallible man’s beliefs (the millions of years/evolutionary ideas of the secularists) to be in authority over God’s Word.  His declaration opens the door to reinterpret the clear reading of Genesis, as long as one just believes God is Creator.  I find so often the statement in the church that as long as one believes God is Creator, how God created or how one takes the rest of the creation account in Genesis doesn’t matter.  However, this is a major problem within the church that must be recognized in this era of history.  Many church leaders are prepared to take Genesis 1:1 as it is written, but much of the rest of Genesis chapters 1–11 are reinterpret based upon what is called “science,” which means in reality that one takes man’s fallible beliefs about the past concerning millions of years andevolution and reinterprets God’s Word to fit with these beliefs.

The Assemblies of God denomination needs to be challenged. For all the mega-churches in the world, and for all the praise and worship that goes on in churches, our Western world is collapsing from a Christian worldview perspective.  Whether it is England, all of Europe, Canada, or Australia (and it is happening in the USA), the Christian worldview is collapsing and church attendance declining.  Increasing number of of the next generation are walking away from the church.

But it’s even more than this!

To compromise the Word of God is a very serious matter indeed.

I trust the Assemblies of God will repent of their revised statement on creation that has now opened the door to compromise with man’s ideas—with the pagan religion of this age.  If the denomination continues to go down this path, generations will continue to leave the church and the culture will continue to destruct as the Christian worldview is undermined. It’s not numbers at churches or praise songs around the world that count, but whether one is faithful to the Word of God.

Now having said that, I do know there are pastors in this AG denomination who are horrified at the revised statement and take the stand they should on the historicity of Genesis.  We pray they will be able to challenge the leaders in this denomination to shut the door to such compromise.

However, movements like Hillsong (that now have churches in a number of large cities), and any denomination that does not stand on biblical authority from the first book of the Bible as they should (and has opened the door to compromise biblical authority as we see in the above item), we will continue to see massive changes in a generation or two as the culture continues to decline from a Christian perspective—and sadly, as young people continue to leave the church.

Loyalists …… (People of God) …. Rebels. People of God remain outside the extremes? But for those who are called, both Jews and Greeks,…