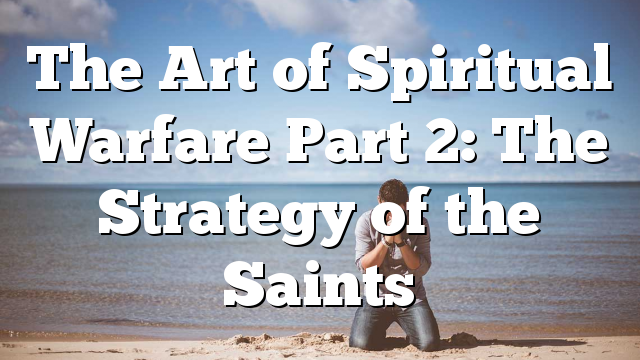 The Art of Spiritual Warfare: Part 2: The Strategy of the Saints

The Strategy is an Offensive One

Never attack when you will have no chance of victory

Sometimes attack when you have a chance of victory

Always attack when you are guaranteed a victory

The Art of War states that “to win 100 victories in 100 battles is not the pinnacle of skill.  To subdue the enemy without fighting is the supreme excellence.”

How do we know when we are guaranteed victory?

Four points in which victory may be predicted

From The Art of War