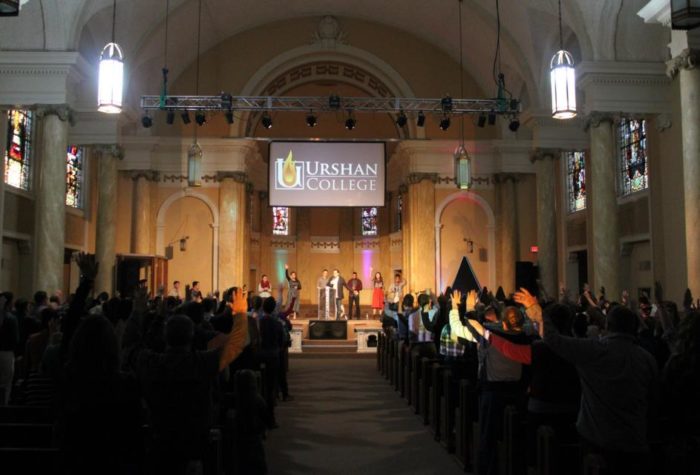 The Society for Pentecostal Studies (SPS) is scrambling to make alternative arrangements after the host institution for its annual meeting withdrew just weeks before the gathering is to occur.

Urshan College of Florissant, Missouri, which is affiliated with the United Pentecostal Church (UPCI), was set to host the gathering of the largest and most prominent academic society within the Pentecostal tradition. Citing the presence of a gay activist on the conference speaker schedule, the school withdrew their invitation to SPS on Monday.

SPS officials have defended the participation of Agredano as a speaker, despite SPS bylaws placing the society within the tradition of Pentecostal churches – a tradition that historically proclaims the proper context of sexual intimacy to be within marriage between a man and a woman.

“After an effort by both sides to find a way forward, we agreed that the best course of action was to move forward with the annual meeting without Urshan’s role as host,” the SPS Executive Committee wrote to society members earlier this week. “Urshan has offered their apologies and to assist SPS in securing alternate venues and human resources needed for the Conference.”

“There also appears to be misinformation among some Urshan constituents about SPS, our mission, goals, and objectives as a Society,” the SPS officials added. “We regret that it has come to this conclusion.”

The SPS officials appear to have been referencing a vigorous discussion on social media in recent weeks among UPCI members. UPCI General Superintendent David K. Bernard weighed in on Facebook and also addressed a letter to fellow ministers.

“While on an overseas trip, I was dismayed to learn about potential problems with at least one of the presenters,” Bernard wrote. “While Urshan had no role in the selection, I regret it and apologize for any resulting negative association with Urshan, the UPCI, or the Apostolic faith.”

The UPCI official clarified before the withdrawal of the invitation that Since SPS is the convener of the meeting, it would not be considered an Urshan event.

“Thus Urshan had no role in choosing speakers or topics,” Bernard stated, equating the school’s involvement to providing a meeting room for a civic group or facilitating a discussion of area ministers.

Responding to a series of concerns voices by UPCI members, Bernard dismissed some but acknowledged the problem posed by hosting a presentation by a gay activist.

“The most significant concern is that one of the 250 presenters identifies himself on social media as an Apostolic homosexual and may use his 15-minute speaking slot to promote this agenda and embarrass the Apostolic movement,” Bernard reported. “If so, then this is a spiritual attack, and we need to treat it as such. In my understanding, this would be contrary to the bylaws of SPS. Therefore, I have contacted the SPS Executive Committee about this session.”

The theme of the March 9-11 gathering is “Pentecostalism and Culture”. The SPS web site describes the 2017 program as about the relationship between Pentecostals and the broader culture(s) they have inhabited.

“Under this broad theme, the conference will explore Pentecostal interactions with — and contributions to — culture, a Pentecostal understanding of culture, and the broader theological relationship between Christianity and the cultures it inhabits and has created,” the site explains.

Controversy – including dispute around human sexuality – is not new to SPS. The group drew attention in 2013 after its then-President, Paul Alexander, gave an address suffused with Liberation Theology and Process Theology themes. Alexander also called for the society to be open to the promotion of homosexual, transgender and intersex “realities” as faithful representations of Pentecostal and Charismatic Christianity. Alexander was dismissed (the equivalent of being defrocked) from the clergy of the Assemblies of God denomination the following year. He remained on the faculty of Palmer Seminary and as co-President of Evangelicals for Social Action until last year.

In 2010, emergent church author and theologian Tony Jones was invited to speak at the SPS annual meeting, held that year at North Central University in Minneapolis, Minnesota. NCU is affiliated with the Assemblies of God denomination. NCU officials and AG General Superintendent George Wood requested that SPS dis-invite Jones, citing his public advocacy for same-sex marriage among the reasons. SPS ultimately located the Jones presentation off-campus, and NCU allowed SPS to continue meeting there.

In an earlier separate letter addressed to the Urshan community, Bernard outlined his goals in engaging with SPS scholars, among them the opportunity to represent and defend Oneness Pentecostalism. The UPCI is the largest Oneness (non-Trinitarian) Pentecostal denomination.