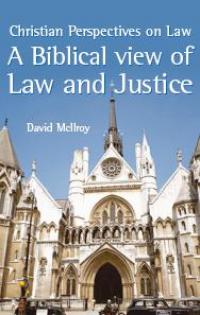 One of the joys and frustrations of the English language is the size of its vocabulary. This enables us to make distinctions and to highlight nuances which might be lost elsewhere but sometimes it leads to compartmentalization. In particular, this has happened with the concept of ‘tsedeq‘, a hebrew word which has connotations of both ‘righteousness’ and ‘justice’.

In contemporary English, ‘righteousness’ has become a technical, religious word, never used in ordinary conversation. As a consequence, we have lost a sense of its social dimensions. Imagine the surprise of reading the Bible in French where the word ‘justice’ is used to cover both ideas.

God’s gracious covenant with the nation of Israel led him to give Israel the Law of Moses to guide social life. That law sets out principles of fairness, equity and social justice which reflect Israel ‘s understanding of herself as a people redeemed from slavery. The Torah embodied a vision of social righteousness.

When God acceded to Israel ‘s demand for a king, the powers of the king were circumscribed and the king was accountable to God for upholding the covenant. The administration of justice was central to his role, and was seen in covenantal terms; for a king to be righteous was to be just in his relations with his subjects.

But the sad reality was that the kings were not often righteous in their dealings with their subjects. Bribery, oppression and favouritism were more characteristic of their reigns than generosity, justice and even-handedness.

Into such a context, God sent his prophets. Amos is the quintessential prophet of social justice but although others had a different focus to their message, social injustice is repeatedly part of the reason why God will bring judgement on the kingdoms of Israel and Judah . ‘The prophets simply would not allow Israel to get away with claiming the blessing and protection of the covenant relationship for their society while trampling on the socio-economic demands of that relationship.’ [1] The prophets are insistent that right rituals, righteous worship, are abhorrent in God’s sight without righteous actions towards the disadvantaged in society (Hosea 3:4; 8:11 –13; Micah 6:6–8).

The whole of the book of Amos is about justice. Although he spoke at a time in which Jeroboam II had extended the borders of Israel and when Israel was outwardly as well-off and powerful as it had ever been, underneath the prosperous surface lay deep social divisions (Amos 3:9). In contravention of the principles underlying the Mosaic law, the distribution of wealth was becoming ever more unequal.

Although Amos’s main target is Israel, he begins his prophecies by condemning the surrounding nations (Amos 1:1–2:5). Amos uses this approach to make two important theological points.

The first is that Israel’s God is sovereign over all the nations, and they are all accountable to him. The second is that God’s own people will be subject to his judgement like all the other nations if the way in which they live is no different.

“A Lily Among Thorns” with Jentezen Franklin

Jesus looked at a world without hope, without salvation and offered Himself as redemption. He was the lily of the valleys … but He…