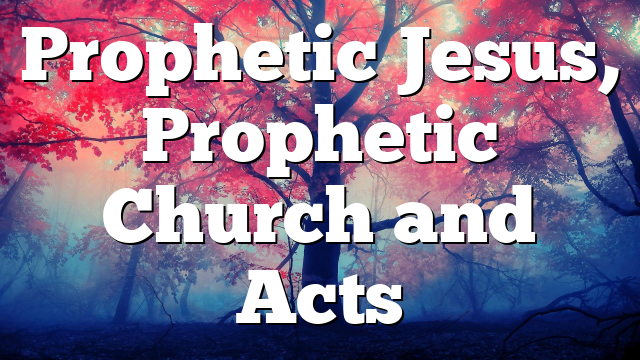 The two volumes under review come from scholars at very different locations in their aca- demic journeys. Luke Timothy Johnson, a seasoned veteran, prolific writer, and possibly the most important Lukan narrative critic of this generation, produces an exceptional work that summarizes, extends, and applies a litany of volumes devoted to Lukan studies.Aaron Kue- cker, a comparative ‘rookie,’ examines Luke-Acts by way of resources from social identity theory and contemporary ethnicity theory in this revision of his dissertation under the supervision of Ben Witherington. Though Johnson and Kuecker sit at opposite ends of their academic careers, they are in concert with the exciting diversity of methodological approaches to Luke-Acts that continue to bring Luke’s story to life and make it applicable.

Johnson begins with an introduction to his methodological benchmark, an abridged guide to narrative analysis. He summarizes Luke’s use of sources, the undeniable narrative unity of Luke-Acts, and the various literary and structural approaches employed by Luke. Johnson introduces readers to Luke’s use of intricate rhetorical conventions such as literary/ programmatic prophecy, anticipation and fulfillment, realization and actualization, and characterization. With his narrative method firmly established, Johnson shifts attention to Luke’s employment of the prophet/prophecy motif. As Jesus and his followers experience the expected excitement that comes from prophet(ic) ministry, they share in similar rejec- tion to the prophets of old for their candid proclamation of God’s word. Luke sets up God’s spokespersons as reliable Spirit-led characters that embody the prophetic vocation. The chain of prophets in Luke-Acts reaches back to Moses, Samuel, David, Elijah, Elisha, and Isaiah and links up to Zechariah, Elizabeth, Mary, John, Simeon, Anna, John, Jesus, and beyond. As the prophetic Spirit rests upon Jesus, the same Spirit enables the early and con- temporary church to speak and act for God on behalf of other humans. According to John- son, the prophetic witness of the early church established through Luke’s story proves paradigmatic for contemporary prophets called by God in every age.

Johnson shares strong affinities with Roger Stronstad’s The Charismatic Theology of St. Luke and The Prophethood of All Believers; both declare that the message of the prophet functions as God’s vision for humanity, a vision that, according to Johnson, may include a call for repentance/conversion, a shift of religious loyalties, and new perspectives on power. Like Jesus, all subsequent prophets embody poverty marked by shared possessions, and they model prayerful dependency upon God, dramatic itinerancy, and servant leadership for the early church. For Johnson, the prophetic witness of the early church fulfills not only the mes- sage and suffering of Jesus, but establishes the continuous example for God’s people through- out Christendom.

Though Kuecker represents a growing trend toward interdisciplinary approaches, he stands upon the shoulders of Johnson; Kuecker follows Johnson’s foundational structural elements such as narrative unity and builds upon Johnson’s engagement of Luke’s prophetic

worldview. Though they share these convictions, they take very different paths. Kuecker argues that the action of the Spirit upon individuals and communities results in the forma- tion of an allocentric identity, a turn away from mere self-interest and/or group interest and a turn toward the “other.” According to Kuecker, such transformation serves as the “most astonishing miracle” of the Lukan story, whereby followers of Jesus experience a “new social identity that affirms yet chastens and transcends [their] ethnic identity” (20, 216).

Kuecker moves systematically through Lukan references to the Spirit, particularly clus- ters found in the birth narrative (Luke 1-2), the inaugural ministries of John and Jesus (Luke 3-4), and the formation and expansion of the new community (Acts 1-15). In the birth narrative, Luke parallels the lives of Zechariah and Elizabeth to Abraham and Sarah; both couples share Israelite identity and yet proclaim potential implications for all people. They speak of those with Israelite in-group membership who retain the benefits of in-group membership as they extend those benefits beyond their current ethnic boundaries. Under the direction of the Spirit, the parents of John anticipate the breaking of social and ethnic boundaries through their son and Jesus. In Luke 3 and 4, John and Jesus provide both fulfill- ment of earlier expectations and models for the allocentric impulse generated by the trans- formative work of the Spirit. Both individuals place others ahead of self, invite outsiders into a new social network, and chastise anyone with an entitlement worldview that fuels ethnocentricity.

Finally, the new community to emerge in Acts (2:42-47; 4:23-31; 5:12-16) serves as a corpo- rate extension of the Spirit-inspired allocentric identity anticipated by the prophetic speeches of Zechariah, Elizabeth, and John and the life and ministry of Jesus. Kuecker spends considerable time on Luke’s lengthy account of Cornelius and suggests a dual iden- tity transformation; Cornelius and members of his household find new identity in Jesus, while Peter serves as a representative of the in-group transformation necessary for reception of the Gentiles (Acts 10-11). Though Cornelius fades quickly from the narrative, the problem/ acceptance of his identity transformation pervades the story until the entire community affirms Peter’s individual identity transformation as the model for the new people of God at the Jerusalem Council in Acts 15 (217). According to Kuecker, the cumulative effect of these stories demonstrate Luke’s attention to individual and group transformation anticipated in the birth narrative, initiated by Jesus and modeled in the early Church by way of Spirit- inspired interethnic hospitality.

So what, if anything, links these works (apart from the fact that they were assigned together)? At first glance, very different authors, methodologies, and backgrounds might suggest little or no connection. Johnson plays the role of the narrative critic; if Luke’s narra- tive remains an open and living text and if Johnson is correct that Luke envisions the exten- sion of the prophetic vocation to ongoing generations, Johnson functions as the consummate contemporary prophet/pastor. Johnson chooses not to write an academic monograph, for he uses no footnotes and includes no bibliography (in fact, I could not find one reference to another scholar). As I read, I often found myself reflecting on the popular desire of many Pentecostals to write and embody Acts 29 and beyond. Though Johnson is Roman Catholic (and I believe an early participant in the Catholic Charismatic Renewal), he speaks briefly but favorably of (Pentecostals and) Charismatics: “(They) provide rich resources for other Christians, who have allowed the Holy Spirit to become a creedal afterthought and come

dangerously close in their ecclesial life to acting as though God were not life-giving spirit in all that acts, but one doctrine among others in a religious ideology.” In Acts 29 fashion, he continues: “Inasmuch as charismatic Christians truly perceive the world as spirit-saturated and themselves as spirit-defined, they are faithful to the witness of Luke-Acts.” However, take note of his prophetic concern/exhortation: “the gifts of the spirit tend to be restricted to the cultic expressions of tongues and prophecy and serve to support personal piety.” He calls for Pentecostals and Charismatics to “keep alive for others the possibility of seeing ‘enthusi- asm’ as something other than eccentric or even dangerous” (66).

Kuecker, of the Reformed Tradition and presumably not a Charismatic (Associate Profes- sor at Trinity Christian College in Palos Heights, IL), would surely share Johnson’s concern for a thoroughgoing prophetic impulse. Kuecker extends Luke’s pastoral appeal beyond the original audience and calls upon contemporary Christians to reflect carefully upon pro- phetic and counter-cultural questions. What aspects of sending or receiving ethnic identi- ties must be jettisoned because of potential resistance to Jesus’ lordship? What components of ethnic and cultural backgrounds must be cultivated and encouraged to flourish? And how might the church become aware of cultural blind spots? (229). If Pentecost and the Lukan story is not the exclusive domain of Pentecostals, we would do well to heed these outsider (non-Pentecostal) / insider (fellow Christian) voices. Pentecostals must not fall prey to mere enthusiasm; must not only speak God’s word but embody the prophetic vocation; and must not strive only for individual but community transformation. As the Lukan Spirit of proph- ecy enabled the early church to live and witness like Jesus and as the Spirit transformed individual agents and communities, may we also hear what these men of the Spirit would say to the church!

I heartily recommend both works. I adopted Johnson’s work as the primary textbook for my undergrad course and made Kuecker’s work required reading for my graduate/doctoral courses on Luke-Acts.

OUR Church belongs to GOD

Not to speculate with the Church, which we represent, subtitled: We are a group in the Bulgarian Orthodox Christians, who have concluded the Concordat…