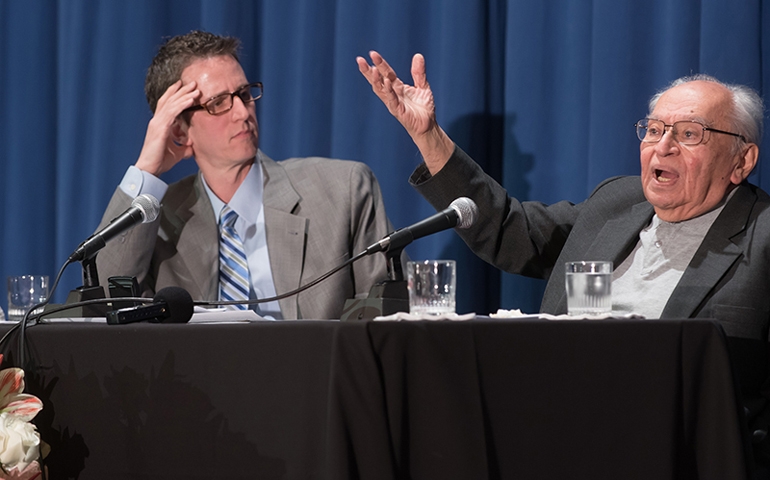 Please pray for the people of Venezuela. They have just voted out a 17 year old communist government. The Army and security forces are highly politicized and it is entirely possible that a coup will develop to prevent the elected parliamentary majority from being effective. Communism does a lot of damage to the spiritual fabric of nations, so the people of Venezuela need our prayers to assist their healing and reconstruction process.

John Kissinger [12/08/2015 8:05 AM]
Do you see this as the fruits of the Social Gospel in Venezuela http://www.pentecostaltheology.com/gutierrezs-book-a-theology-of-liberation-designed-by-kgb/

John Kissinger [12/08/2015 9:16 AM]
David Rollings By the 60s the KGB and its DS2-6/Shtazi branches in other block countries figured out they cannot win against the church. This was the time the KGB institutes in Wienna and East Berlin were designing a global strategy to export socialist/Marxist revolution models to 3rd world countries, much like in nowadays was the Arab Spring. You may also remember the Cuban missile crises – a direct result and actually a success of the said strategy. A part of the “rev.expo-rt” they called it, were religious models that could control the church and to use its influence toward marxi-fication of the intelligentsia. In Eastern Europe this was done with trained government agents posted as priests and pastors within many congregation. Secret dossiers proving this are just now becoming public. ( Ilya Okhotnikov can attest to that ) In Latin countries where the Catholic church ( John Ruffle ) had historic influence KGB used theological trends – the social gospel being just one of them. Ion Mihai Pacepa had not a small role in this http://www.catholicnewsagency.com/news/former-soviet-spy-we-created-liberation-theology-83634/ For example, the Cuban Church was never weak but its strength was used in the wrong direction until recently. It will now experience sudden revival for 2-3 years until they put another hold on it, much like it was done in Eastern Europe in 1990-93 http://www.pentecostaltheology.com/a-wonderful-summary-of-the-changes-and-explosive-growth-of-the-cuban-church/ All this said presuming you’ve read GUTIERREZ’S BOOK A THEOLOGY OF LIBERATION, right?

John Kissinger [12/08/2015 9:32 AM]
David Rollings During the years of exile from Nazi Germany – the 1930s – Marcuse gradually liberated himself from Heidegger’s sway and moved closer to orthodox Marxism, albeit a Marxism with a strong Hegelian bent. This phase culminated in Reason and Revolution (1941), Marcuse’s finest work and possibly the best book on Hegel https://www.marxists.org/history/etol/newspape/isr/vol29/no06/langston.htm

David Rollings [12/08/2015 9:35 AM]
Yes I have read Theology of Liberation and that is why I cannot accept that the KGB is behind it. The influence of Marcuse philosophy is to be found on every page of A Theology of Liberation, when I first read A theology of Liberation in the 1970’s soon after it was published I noticed the similarity between Marcuse book “on Liberation” and then noticed that there were footnotes referring to it. Marcuse was the foremost thinker of the New Left which despised the USSR as betrayers of Marxism. I recognised the similarities because as a young man I had been involved in the New Left and therefore know the thinking from the inside. But by God’s grace I was delivered from all of that when I became a Christian. I have just seen your additional post Marcuse certainly developed his thinking after writing Reason and Revolution as can be seen in his one dimensional man and on Liberation.

David Rollings [12/08/2015 9:41 AM]
I gave lectures on a Critique of Liberation theology at L’Abri fellowship in the 1970’s these are still available.http://www.soundword.com/l-abri-rollings–david.html

David Rollings [12/08/2015 9:46 AM]
I can’t keep up with the responses very well, in 1968 Iwas talking to a leading member of the British Communist party and he showed me documents coming from Moscow which showed that British Communists should have nothing to do with the new left. The documents described the thinking of Marcuse as dangerous. being as I was sitting in the office of the Communist Party of Great Britain I had no reason to disbelieve him.

John Kissinger [12/08/2015 9:48 AM]
at least in the case of Venezuela, Chavez, KGB and liberation theology are very well connected http://venezuelanalysis.com/analysis/2312

GOD’s got my back