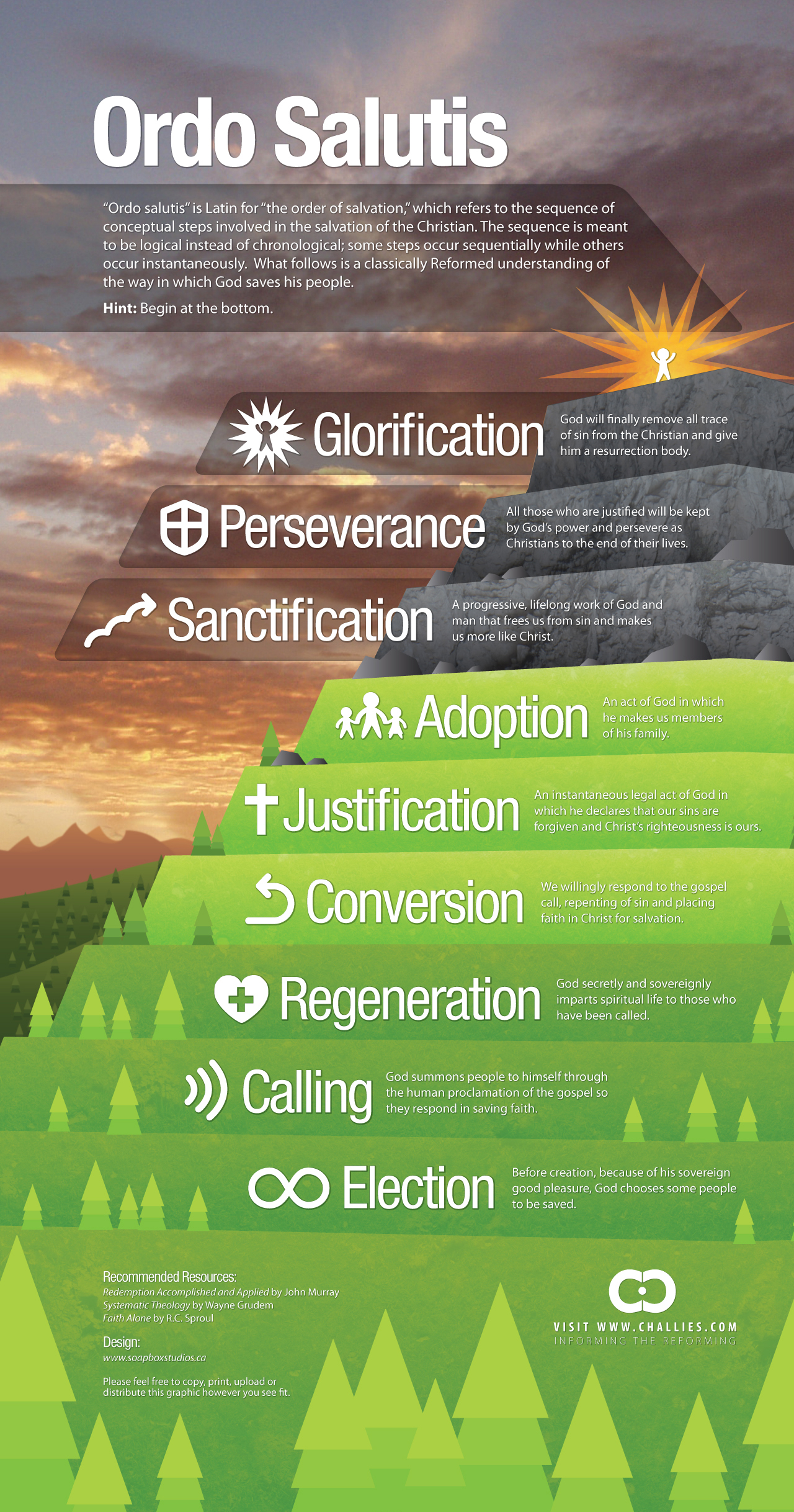 WHAT IS THE Pentecostal ORDO SALUTIS?

An Arminian Ordo Salutis (Order of Salvation) BY ROGER E. OLSON
The Bible and Christian tradition use many terms to identify things God does and things the person being saved does in relation to turning from being “lost” to being “found” (to use evangelical language) or from being “damned” to being “redeemed.” The Bible nowhere lays out a single, clear ordo, so a major task of systematic theology has been to bring together all the biblical concepts of personal salvation and put them in logical order. Why? Because inquiring minds want to know what God does and what we do in our becoming saved persons.
This issue of a proper ordo became pressing during the Protestant reformation which is not to say it wasn’t an issue before. However, Protestants, with their emphasis on grace alone and faith alone, felt the need to offer an alternative ordo to the typical Catholic ordo which emphasized sacraments and works of love as instrumental causes of saving grace. Calvinists worked out their own ordo (with some variations) that emphasized the priority of grace over human decisions or actions.
So here is my attempt to lay out an Arminian ordo:
1) God’s electing grace in Christ of all who will believe in him;
2) Christ’s atoning, reconciling death for all sinners;
3) Prevenient grace given by God to sinners through the Word (calling, convicting, illuminating, enabling);
4) Conversion (repentance and faith) enabled by assisting, prevenient grace;
5) Regeneration, justification, adoption, union with Christ, indwelling of the Holy Spirit;
6) Sanctification;
7) Glorification.
Remember—these are not necessarily chronologically sequential. Especially 3, 4, 5 and 6 may be temporally simultaneous. (Of course, some Arminians will view all as temporally simultaneous in God’s awareness as God does not experience temporal sequence of events.)

John Kissinger [11/13/2015 7:12 AM]
Link Hudson had some idea but it was never fully explored http://www.pentecostaltheology.com/ordo-salutis-bapticostalis/

Henry Volk [11/13/2015 8:19 AM]
Interestingly enough, Parham had an ordo salutis, which is pretty surprising given how he was not very theologically astute.