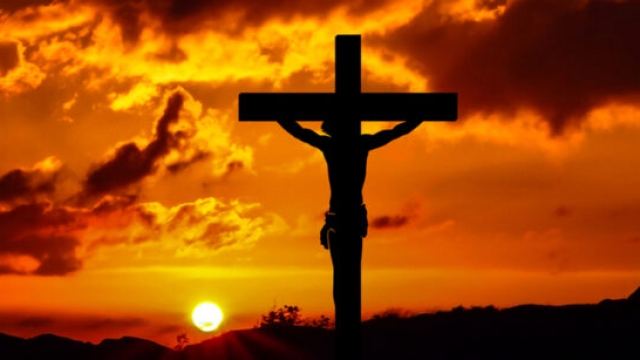 PASSION WEEK: Friday This day is known as “Good Friday” because on this day Jesus was crucified for the sins of the world. His trial, death, and burial all took place on this day. (Matthew 27:26) Jesus spoke His seven last words from the cross.

“Christ was dead for three full days and for three full nights. He was put in the grave Wednesday just before sunset and was resurrected at the end of Saturday at sunset. Good Friday should be changed to Good Wednesday. No statement says that He was buried Friday at sunset. This would make Him in the grave only one day and one night, proving His own words untrue (Mt. 12:40). The sabbath of Jn. 19:31 was not the regular weekly one, but the special sabbath of the feast.” Matthew 12:40 Note. See note, Jn. 19:31; note, Lk. 9:22.
Dake’s Annotated Reference Bible

PERRY Stone on the Political Involvement of the Christian CHURCH