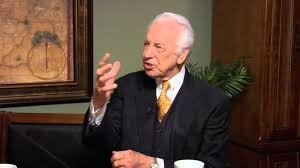 Dr. T.L Lowery was admired by many.

It with sadden hearts that Communications shares with you that Dr. T. L. Lowery, noted evangelist, pastor, and executive leader of the Church of God, passed away earlier this morning.

Arrangements are incomplete at this time. Communications will update you when those details become available.

Please keep the entire Lowery family in your thoughts and prayers as they walk this difficult journey.

Brother Lowery was a welcomed guest on the nationally broadcast TRUNEWS, with host Rick Wiles. His most recent appearance on the broadcast was January 15th of this year.

T.L. Lowery was an Apostolic Statesman. He was married to Mildred Woodard and they have one son, Stephen Lanier Lowery, who pastors the Washington National Church of God in Washington, D.C.  He has four children and eight grandchildren.

His wife preceded him in death in March of 2015.

Dr. Lowery was converted in 1943.  He served as a pastor and evangelist until 1969, preaching in massive tent crusades nationwide—his tent seated 10,000—and in numerous foreign countries. His evangelism ministry was marked by testimonies of thousands of converts, reports of frequent divine healings, and unnumbered persons filled with the Holy Spirit. He celebrates 70 years of ministry in 2014.

Bishop Lowery has served as pastor of two Church of God congregations, North Cleveland, Tennessee (1969-1974) and National, Washington, D.C. (1981-1996), where he led both churches in significant growth and major building programs. Part of his pastoral legacy was an emphasis upon ministries to all strata of society. His pastoral leadership helped awaken the consciousness of the denomination to personal evangelism, lay ministry and local church outreach. In Washington, he founded an outstanding private Christian school and a Bible College and Seminary. In both pastorates he provided housing for the elderly.

Dr. Lowery may be best known as a denominational leader, serving 16 years on the Church of God Executive Committee and 34 years on the Executive Council. He has acted inter-denominationally on boards of NAE, NRB and PCCNA.  He is an Ambassador of Project One to the United Nations; He was a civic leader in Cleveland, Tennessee, serving leadership roles in the Chamber of Commerce, United Way and the Rotary Club. He is the author of over 87 books, most of which have been translated into numerous languages, edited three magazines and wrote many teaching booklets and articles.

His accomplishments have been acknowledged by educational leaders. In addition to an earned Ph.D. degree, he has been recognized by two institutions with honorary doctorates. T.L. Lowery achieved unusual success as an anointed evangelist, bringing thousands into the kingdom of God. He excelled as a pastor, making disciples, growing churches and setting leadership examples for fellow pastors. He functioned as a teacher, producing books of doctrinal instruction and lecturing in Bible college classrooms. His peers and followers recognize in his ministry the gifts of prophecy and apostleship. His passion in personal ministry and in mentorship activities has been the active preservation of apostolic ministry in the Church of God and the wider Pentecostal-Charismatic community. In all things, he has sought to follow the Word and bring glory to God.

The ministry of T.L. Lowery during a 60-year career has been marked by three divine assignments: He has served as an evangelist, a pastor and a denominational executive. In each season of ministry, his work has been anointed by the Holy Spirit and blessed with success.

As evangelist, T.L. Lowery has placed the proclamation of the Word in power for spiritual transformation as the central theme of his ministry. In whatever office he has held, he has been a soulwinner. For 15 years he criss-crossed the nation with a tent that held 10,000 worshipers, impacting cities and regions with the power of the gospel. He preached in scores of conventions, camp meetings and citywide gatherings with a legacy of thousands of converts, people healed, and believers filled with the Spirit. His evangelistic ministry has taken him to 115 nations of the world.??He has been a pastor of two great churches: North Cleveland Church of God, the flagship church of its denomination and one of the oldest continually-existing Pentecostal churches in the world, and National Church of God, a growing church that serves the nation’s capital. In the 20 years he led these two churches, membership in each increased exponentially, successive building programs gave the congregations great sanctuaries and educational plants, homes for retired persons were constructed, and hundreds of members were discipled and sent out for ministry. The churches became drawing boards and models for training of other pastors.

As a denominational executive, Dr. Lowery has brought dimensions of faith and vision to his leadership posts. Serving 16 years on the Executive Committee, the five-man group of top leaders of the Church of God, and 34 years on the Executive Council, its highest elected governing body, he has furnished visionary leadership and caring ministry to pastors. During his years of ministry, his wife, Mildred Woodard Lowery, has labored faithfully alongside him and has graced his ministry with her compassionate nature and discerning spirit. Their son, Stephen Lowery, who followed his father as pastor of the National congregation, ministers in the same anointing. The T.L. Lowery Global Foundation sees Dr. Lowery as an exemplary model for today’s evangelists, pastors and church leaders. It will sponsor gatherings in which Dr. Lowery will share Biblical teaching about apostolic ministry, and will introduce Dr. Lowery to a new generation of young men and women of God. The goal is to encourage effective ministry in the model of this faithful servant.

Born January 12, 1929, in Eastman, Georgia, Thomas Lanier Lowery was one of six children with a family heritage steeped in the Pentecostal tradition. T.L. Lowery came to a saving knowledge of Christ on New Year’s Day 1943. By 1954, he has pastored four congregations; married his sweetheart, Mildred Woodard, and welcomed their son, Stephen Lanier, into their lives. While in Galax, Virginia, T.L. Lowery restless in his spirit, felt compelled to fulfill the mantle of full-time evangelism.

From 1954 through 1969 were years of divine appointments across the nation and around the globe for evangelist Lowery. Traveling with a tent that could accommodate 10,000 worshippers, T.L. Lowery followed God’s guidance with crusades in over 115 countries and every state in the U.S.A. The name T.L. Lowery was synonymous with spiritual power, fire-from-heaven sermons and miraculous healings. Summers included week after week of ministry at Church of God camp meetings. Testimonies from thousands whose lives have been forever changed – physically and spiritually – continue to characterize the anointed ministry of T.L. Lowery. In 1958, the evangelist and his family moved to Cleveland, Tennessee, and used the city as a home base for his worldwide evangelism.

Then in 1969, Dr. Lowery became the Senior Pastor of the historic North Cleveland Church of God (1969-1974), one of the oldest continuing Pentecostal churches in the world. He accepted this call of God and built the present sanctuary and the North Cleveland Towers, a senior citizens apartment complex. In 1981, God quickened his spirit and placed a burden on his heart for the nation’s capital – a church in Washington, D.C. During his pastorate in Washington (1981-1996), Lowery’s leadership placed the National Church of God on a trajectory that would catapult its influence in and around the nations’ capital guiding the congregation through numerous building programs, establishing community ministries, exponential growth, the construction of a 4,000-seat sanctuary, and the construction of 410 apartments for the elderly and median income families.

Dr. Lowery is known as a prominent denominational leader, serving 16 years on the Church of God International Executive Committee and 34 years on the International Executive Council. Over the years, he has devotedly served as a member of the boards of the National Association of Evangelicals (NAE), National Religious Broadcasters (NRB), and the Pentecostal and Charismatic Churches of North America (PCCNA). His civic involvement in United Way, Rotary and the Chamber of Commerce is exemplary. T.L. Lowery has authored two-dozen books, published inspirational magazines, and has been a contributing writer for numerous publications. While serving in Washington, he ministered within the National Security Council, Department of Transportation, Justice Department, Coast Guard, Pentagon and State Department.During a lifetime of dedicated Christian service, his example of anointed ministry and leadership has inspired thousands of young ministers and influenced countless laypersons.

The legacy of T.L. Lowery’s ministry will reveal his passion for evangelism, commitment to the power of the Holy Spirit, dedication to divine healing, and his apostolic ministry. His commitment to mentoring future leaders will contribute to the active preservation of apostolic ministry in the Church of God and the Pentecostal/Charismatic world. Read more at http://www.trunews.com/evangelist-nationally-known-minister-t-l-lowery-passes-away/#MwWlKd7PLK4bOYir.99

FacebookTwitterSubscribe
Subscribe to receive all news to your email or phone: [wysija_form id="1"]
drevangelistinternationalloweryministerpassing

TODAY is St. Ignatius of Antioch #ourCOG “They abstain from the Eucharist and from prayer, because they do not admit that the Eucharist is…