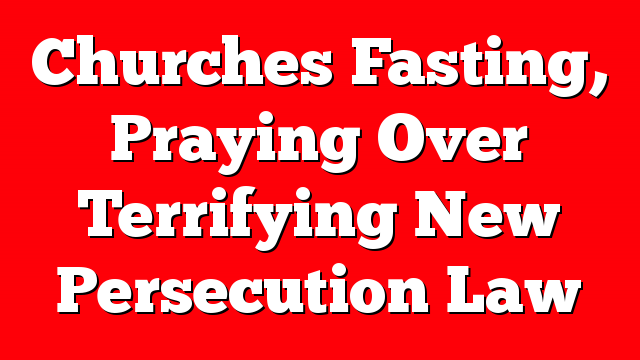 Russian President Vladimir Putin signed an anti-terrorism law, but for the country’s many churches, the signature sparked a demand for prayer and fasting.

The bill toughens punishment for acts deemed to be terrorism and for the organization of “mass unrest,” according to the Los Angeles Times. It would also introduce prison sentences of up to a year for those who fail to report such crimes.

In response, thousands of churches across the country have come together to cry out to God.

Russia is closing down in an awful way. The new law is in total conflict with the purpose and the task given to the church by the Lord. The law will send the church back into Soviet era Communist persecution

Out of Fire and Into God’s Fire

My heart goes out to those many wounded Christians I find on Facebook and elsewhere, and I rejoice with those who have found deliverance…