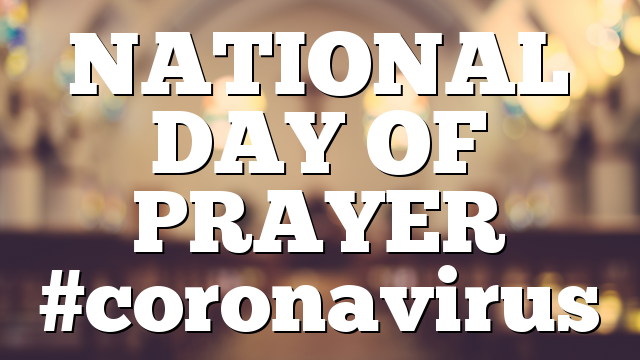 
It is my great honor to declare Sunday, March 15th as a National Day of Prayer. We are a Country that, throughout our history, has looked to God for protection and strength in times like these….

Governors in New York, Washington state, Oregon, Ohio, and California have instituted bans on large public gatherings in an effort to stem the coronavirus pandemic.

New York Gov. Andrew Cuomo has banned gatherings of 500 or more people, a blow to the theater industry as the ban applies to audiences. Broadway theaters, most of which have about 1,000 seats, will suspend shows through April 12.

The governors of Washington state, Oregon, and California have outlawed gatherings of 250 or more people. Ohio Gov. Mike DeWine banned gatherings of more than 100 people on Thursday.

“We are in a crisis, so we have to treat it like one,” DeWine said at a press event at which he also said he would be shutting down schools for several weeks.