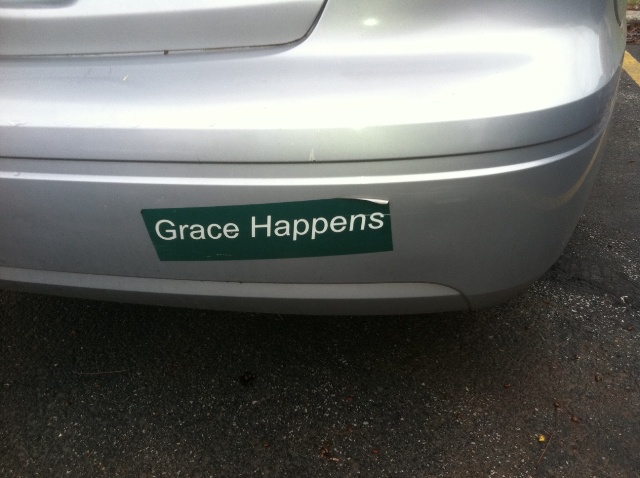 “But Noah found grace in the eyes of the Lord”
– Genesis 6:8

5a.m. I was speaking with a man on the corner about Christ. Jesus is a wonderful Saviour. He was up all night. “Drinking beer” he said. I shared the grace of God and the great love of God. My testimony and Christ victory over sin. Saying that Jesus delivers from cigarettes, beer and dope and how the devil is a tempter. He admitted he was wrong it was someone else that talked him into it. Now he was just trying to get home. I warned him about hell and told him get to get right with God.
He knew the “church” talk and began a fluent declaration of love for Jesus. After several minutes of his confessed love for Christ, a fancy new car pulled up. It was the dope man.
I shared a few direct words in boldness with dope man and he hung his head like he was caught. Then he asked the man standing with me if he was, “looking?” Then he drove around the corner and my guy followed. I shouted, “after all the talk about your love for Christ?”
He went south around the corner I went west and prayed.
When he came back he wanted to pick up where we left off. I said nothing. Finally he stopped talking. I walked few steps away and continued praying for love and forgiveness. I didn’t want to pray for him. BUT GOD DID!
I turned around and laid my hand on his shoulder and looked him the eye and began to pray for him.
I asked God to forgive him. He said amen. I rebuked the devil and broke the curse of addiction. He said amen. I asked God to keep him safe and help him. He said amen. I asked God that he would turn from sin and trust in Jesus.. He said amen. I asked God to take that craving and pain. He said amen. I kept my hand on his shoulder asking God to touch his heart and save his soul and set him free! I prayed God would show him His great love. He said amen.
I prayed with kindness that I did not have at the start but continued with kindness and grace and love and faith that God gives. It’s scarey to pray the Holy Spirit of God gets ahold of a man while they wrestle, and kick and struggle to get free, all the while knowing it may be the last time on earth they hear about Jesus. His saving grace.
When the bus came he said thank you. I felt like grace took over and I was glad. Love won. Grace got the victory. We quit. Jesus never quits.

FacebookTwitterSubscribe
Subscribe to receive all news to your email or phone: [wysija_form id="1"]
confidentialsgracemanmessenger

RAPTURE: Bridegroom Comes for His Bride

When the bridegroom’s father deemed the wedding chamber ready, the father would tell the bridegroom that all was ready and to get His bride….