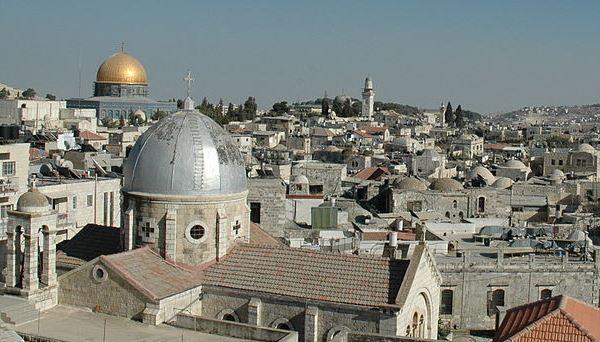 UPDATE (7/21): The Israeli government has announced that the metal detectors will remain in place indefinitely – full report here.  Riots have broken out across the city in response to the news and several people have been killed.  As of now the Waqf is still boycotting and the Israeli police are in control, but Netanyahu is saying he wants to maintain the status quo.  I’m not sure if this is going anywhere, but the situation is still fluid and Israel has controlled the Temple Mount de facto for seven days.

Things are now moving very quickly, so for your sake I hope you are right with the LORD.

Convey this with both the seriousness and awesomeness: the Jordanian Waqf has effectively lost control of the Temple Mount for the first time since 1967.  It is now in the hands of Israeli police.  Following the tragic shooting of two Israeli police officers on Friday by Palestinian terrorists, Israeli police assumed control of the Temple Mount.  They have since installed metal detectors on all entrances used by Muslim worshipers and the Waqf has called for a complete Muslim boycott until the metal detectors are removed.

Some Israeli government officials are stating that the Temple Mount status quo, which has been in place since June 17, 1967, has changed:

The Islamic Waqf’s jurisdiction over the Temple Mount is over and Israel will now work to reestablish Jewish sovereignty over the holy site, said Knesset Member Ari Dichter (Likud) on Tuesday.

“The question of our policy [at the Temple Mount] may not be clear to the Palestinians, but it is very clear to us… The Mount will remain under the control of the Israel Police.”

The move comes in the wake of the events of last Friday, when three Palestinian terrorists used the holy site to launch a terror attack against Israeli forces, killing two Israeli police officers. Israel closed the Temple Mount to all visitors in its aftermath, sparking Muslim outrage worldwide.

However, when the site was reopened on Sunday, Muslim visitors recoiled at new security measures instituted as a result of the attack and refused to enter in protest. The measures include the installation of metal detectors at the entrances used by Muslim worshipers. Waqf officials balked, refusing to ascend to the site and calling for a widespread boycott.

A Waqf statement released on Monday urged Muslims “to reject and boycott all the Israeli aggression measures, including changing the historical status quo including imposing the metal detectors.”

When Israel took complete military control of Jerusalem in 1967, its government immediately caved to international political pressure and gave sovereignty of the Temple Mount back to the Islamic/Jordanian Waqf, establishing a status quo in which Jews could worship and pray at the Western Wall, but not on the Temple Mount.  That has apparently changed and it has already been reported that Jews are now ascending the Mount to pray.  Riots have broken out across Jerusalem.


I want to remind you that this situation is still developing and fluid.  It isn’t yet clear if Israel will keep control of the Temple Mount or if they will again cave to pressure and give it back as they did in 1967.  If they do keep control then you will need to remember this date: July 14, 2017.  The day Israel took back the Temple Mount.

As if we needed any more signs of the significance of 2017.

Monday, 7/17/17 was when the first Jewish prayers were offered on the Temple Mount.  This was also the same date as a 7.7 magnitude earthquake, which occurred exactly 177 days since the last 7.x earthquake.

July 14, 2017 is exactly seven years to the day until Jupiter enters the horns of Taurus the Bull for the possible fulfillment of heavenly signs connected to the Second Coming.

Not going to church due to…

With many of ya’ll not going to church due to the weather conditions, what do you think about this fine post by Kevin Bounds…