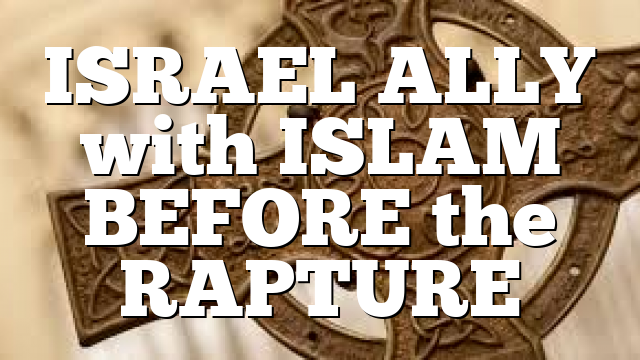 Here is described the purpose of bringing these nations to Israel, so that the heathen might know the Lord. This is a prophecy that has been proclaimed, studied, read and deciphered for thousands of years and finally it takes place. This gives such a testimony on the validity of the word of God, where millions will come to know him over such truths.

Ezekiel 38:18
And it shall come to pass at the same time when Gog shall come against the land of Israel, saith the Lord GOD, [that] my fury shall come up in my face. For in my jealousy [and] in the fire of my wrath have I spoken, Surely in that day there shall be a great shaking in the land of Israel; So that the fishes of the sea, and the fowls of the heaven, and the beasts of the field, and all creeping things that creep upon the earth, and all the men that [are] upon the face of the earth, shall shake at my presence, and the mountains shall be thrown down, and the steep places shall fall, and every wall shall fall to the ground. And I will call for a sword against him throughout all my mountains, saith the Lord GOD: every man’s sword shall be against his brother. And I will plead against him with pestilence and with blood; and I will rain upon him, and upon his bands, and upon the many people that [are] with him, an overflowing rain, and great hailstones, fire, and brimstone. Thus will I magnify myself, and sanctify myself; and I will be known in the eyes of many nations, and they shall know that I [am] the LORD.

This time it is not Israel that fights back and wins the victory, it is the Lord himself! Confusion sweeps through the ranks as they enter Israel’s territory. Russia, along with Iran, Libya and Turkey will invade with a massive army, described as a cloud covering the land. A great earthquake will strike the land as God’s fury is unleashed. Floods, great hailstones, fire from heaven will obliterate the attacking armies, giving no other answer as to how this happened other than by God’s own hand!

Israel will see God giving them this victory and this will cause such a stir in their hearts that they will tear down the dome of the rock and set out to rebuild their Temple. This is not the response God was looking for. In fact, this is the last straw for the Lord. So much so that he now allows the Antichrist to be made known as the Great Tribulation is ushered upon us.

This war will have laid waste to every minor nation in the area that has called for the destruction of Israel. And possibly because of an earlier surgical military strike against Iran, Israel will be temporarily at peace. This now transitions into the period described in Ezekiel 38 where Israel is at peace and is soon attacked by Iran, Russia, Libya and Turkey. Israel will be overflowing with wealth from the spoils of war. They will be in possession of vast oil fields from the Northwest portions of Saudi Arabia. They will have treasures from Egypt and vast fortunes from Syria and Jordan’s Kingdom. This will pose as quite the temptation for Russia as Iran plots their revenge.

Ezekiel 38:11-14
And thou shalt say, I will go up to the land of unwalled villages; I will go to them that are at rest, that dwell safely, all of them dwelling without walls, and having neither bars nor gates, To take a spoil, and to take a prey; to turn thine hand upon the desolate places [that are now] inhabited, and upon the people [that are] gathered out of the nations, which have gotten cattle and goods, that dwell in the midst of the land. Sheba, and Dedan, and the merchants of Tarshish, with all the young lions thereof, shall say unto thee, Art thou come to take a spoil? hast thou gathered thy company to take a prey? to carry away silver and gold, to take away cattle and goods, to take a great spoil? Therefore, son of man, prophesy and say unto Gog, Thus saith the Lord GOD; In that day when my people of Israel dwelleth safely, shalt thou not know [it]?

Israel will be fat and at peace, proudly relishing the spoils of war as they celebrate their victory over such foes. Can you fathom the fury in the remaining Muslims when Israel, land of the Jews, has control of much of Saudi Arabia, home of Mecca, their most holy city?

Ezekiel 38: 15, 16
And thou shalt come from thy place out of the north parts, thou, and many people with thee, all of them riding upon horses, a great company, and a mighty army: And thou shalt come up against my people of Israel, as a cloud to cover the land; it shall be in the latter days, and I will bring thee against my land, that the heathen may know me, when I shall be sanctified in thee, O Gog, before their eyes.

http://youtu.be/-GAGaGil9TA Barbie Cooper has a new and exciting year planned for you at Mount Paran Church. Studies begin in February and registration starts January…