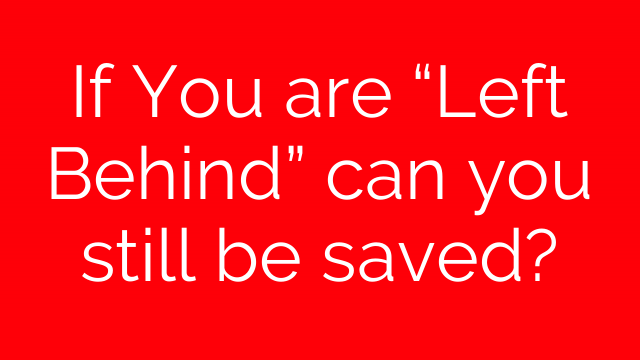 If You are “Left Behind”
can you still be saved?

Breaking through the Boundaries: Biblical Perspectives on Mission from the Outside In