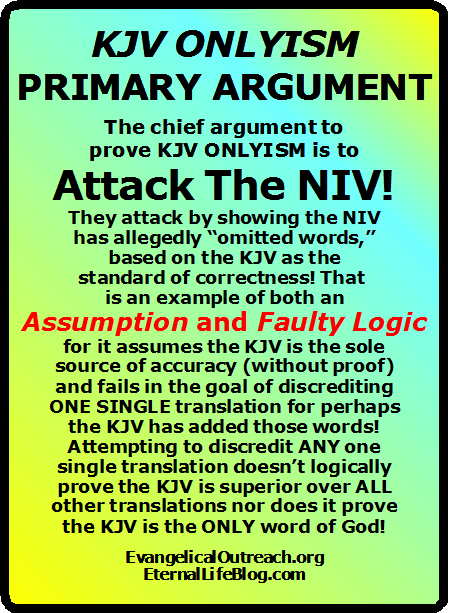 I read many translations including the NKJV & ESV, but I am yet to find a bible as good and trustworthy as the KJV. I’m not a kjv only person, its just my preference. I know that I can take this bible on face value and believe 100% ever word written in it. God bless you all

David John Maxfield [09/13/2015 6:53 PM]
Same same to me, the Greek to me reveals the fullness of what was written, but it doesn’t change it, just opens it up. Are you well studied in Greek Michael Morrison Jr.? 🙂

Edwin Mendez [09/13/2015 8:39 PM]
Kjv is awesome. ESV is pretty good. Have you tried the NET? With the NET, if you know Hebrew, Greek and Aramaic, you’ll understand why Greek scholar Daniel Wallace said it is every translators favorite version.

Edwin Mendez [09/13/2015 10:33 PM]
I would choose the NET, more for their notes. Although I don’t always agree with their decisions, it’s awesome to just know what is going through the translators mind during the process.

Shawn Herles [09/13/2015 11:08 PM]
I like the KJV for it’s aesthetic value, and use it for my devotions and prayers, but it’s not a great translation, at least in some places. For study purposes I use the ESV.

John Ruffle [09/13/2015 11:26 PM]
I read the New King James text-only at home and for personal study but for public reading in the Church I always read the New Jerusalem Bible. Both are laid out very well indeed, which is very important to me.

Shawn Herles [09/13/2015 11:58 PM]
There are some errors in the KJV text. Modern translations have access to much earlier texts than the translators of the KJV did. There is also the issue, as far as public worship goes, of the language of the KJV. Now, aesthetically I like it, but it’s archaic and of the times. People don;t speak Elizabethan English anymore. That said, I don’t think choice of Bible translations is a doctrinal/orthodoxy issue, but purely one of personal preference.

David John Maxfield [09/14/2015 1:30 AM]
I just saw it then sorry Ed, I actually use that already a lot when talking with people. I agree with you that the KJV is the most accurate bible there is. Knowing the differences between the versions empowers that as well. However I would never deny the revelation that others get just because they read another version, that’s where I draw the line

John Kissinger [09/14/2015 1:39 AM]
David John Maxfield Yet you’re probably reading some new KJV revision and NOT the original 1611. Is this correct? Rick Wadholm Jr

Thomas Jackson [09/14/2015 7:01 PM]
Please define “accurate” for us peasants. The KJV is not the most literal and it contains material not in earlier manuscripts. Every scholar I have ever read says that the earlier the manuscript, the closer to the original writings. Most of the KJV appears to have been translated from manuscripts from 1000 CE and later. Not being either a Hebrew nor a Greek scholar, the idea that the KJV is the most accurate given its reported sources seems at odds with facts. Thanks.

We are seeing the signs of the end times like…

We are seeing the signs of the end times like never before in history. We are now seeing ALL the signs of Matthew 24…