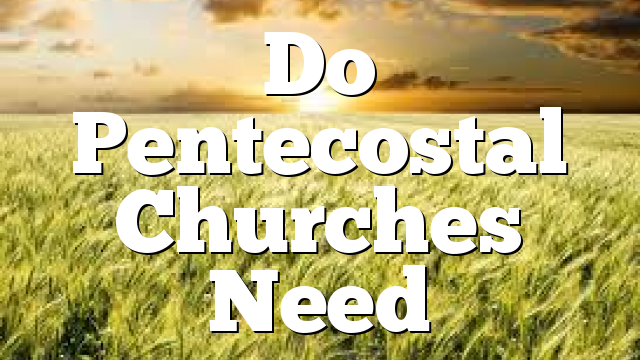 [Note: this workshop was done five years ago, but I believe the message is valid for today]

A Healing Workshop at Grace Fellowship – a Pentecostal Church

The first thought that comes to mind is: Why do a healing workshop at a Pentecostal Church? Don’t these folks know all about healing and deliverance already? They are part of the great healing tradition that flows back to Oral Roberts, Amie Simpson MacPherson and others reaching back to the 1880s.

Well, yes and no.

The issue is that in most Pentecostal/charismatic churches, healing prayer and the laying on of hands for healing are principally done by the pastor or designated intercessors. This is not necessarily a bad idea, as these people generally have training in healing and deliverance and also are more likely to incorporate the gifts of the Spirit, such as “words of wisdom,” or discernment of spirits” into their ministry.

This is good, but not complete. It is clear from Paul’s description of a Spirit-gifted congregation (1 Cor. 12 – 14), and even earlier, from the ministry of Jesus (Luke 10), every Believer should have a part of the healing ministry of laying on of hands and casting out demons – and even raising the dead to boot! (Matt. 10:8).

The problem of not carrying out this command stems from various factors such as human shyness, and the reluctance about a “mere” layperson doing ministry. Further, growing churches have new converts who simply have never heard of, or considered that they could have a serious healing ministry. In North America and Europe there is also the lingering legacy of “cessationism” that wormed its way into the heart of Protestantism. That is, the quasi-heresy that the gifts of the Spirit, including healing and deliverance, ceased with the death of the Apostles.

Note the tragic resurgence of this quasi-heresy with the John MacArthur brouhaha of the “Strange Fire” conference – and book with similar title. (No, I will NOT give a link to that awful book. Go buy it used if you must, from “abebooks.com” so that he does not get another penny for his destructive book. ) The very excellent web journal Pneuma Review has a series of reviews, including mine, on Strange Fire that can be accessed HERE.)

I was recently invited by pastor Phillip Hamilton, of Grace Fellowship Church in North Augusta, to come and give the healing workshop, “Every Believer a healing Evangelist” at his church. Pastor Phillip is a graduate from Rhema, (Kenneth Hagin’s seminary) and he defines his theology as both Pentecostal and of the Word-Faith persuasion. (Hey, no snickering out there! He has a balanced and biblical view of the operations of both faith and prosperity.)

In any case, as noted, there are many lay folks in every Pentecostal/charismatic church who are either timid about healing, or just don’t know enough about it to do it effectively. Pastor Phillip thought my workshop “Every Believer a healing evangelist” would be good for his church.

Carolyn and I came to Grace Fellowship on a beautiful Saturday in April on the same weekend the Augusta National golf tournament was held. The Workshop was scheduled from 9:00 to 12:00 noon, but did not finish the last prayers until past 1:30. When the Holy Spirit moves it is hard to get the people to go home!

I began the workshop by talking about the four ways of healing prayer.

I explained that healing via faith is something that is a gift of God, and may be nurtured via repeated experiences in successful prayers, but is not taught easily. Sacramental healing is, similarly, mostly demonstrated.

The workshop began by explaining the Believer’s authority to heal the sick, especially as manifested in command healing. There are no prayers of petition in the New Testament for healing. The only model is command healing, as in Acts 3:6: “Then Peter said, “Silver or gold I do not have, but what I do have I give you. In the name of Jesus Christ of Nazareth, walk.”

The church half knows this already, no exorcism or deliverance tradition in Christendom ever encouraged a prayer such as: “Please Father, in Jesus’ name, make this demon go.” Rather, it has been rightly understood that demons must be commanded away, as in: “Evil spirit, I command you in the name of Jesus, out!”

Sadly it is only in recent decades that the command mode over illness has been recognized as normative and effective for the present day Christian. This was recovered and broadcast by the books and ministry of a Pentecostal couple Charles and Francis Hunter. Their main book on command healing, How to Heal the Sick, is a classic on this and can be purchased HERE.

In our workshop the first exercises is to practice command healing. This is strange to many Christians who use petition prayers for everything. The participants were divided into groups of three or four, and practiced command healing over real aliments present, or by proxy prayer for some loved one not present.

The next segment of the workshop demonstrated and practiced the laying on of hands with specific attention to the techniques of arm lengthening, and leg lengthening developed by the Hunters. This is a form of “divine chiropractic” which s very effective in healing back pain and disorders such as pinched nerves, herniated disks, etc. It is also effective in bringing the energies of God into the diseased parts of the body.

I stressed that this method is particularly effective for evangelization. as for instance, healing the back pain of the office cynic and atheist. He will be surprised and astonished that by the name of Jesus, his herniated disk is healed! In the course of the healing demonstrations and practices several persons in the audience experienced major healings.

The workshop continued with a discussion of exorcism/deliverance ministry and comments on inner healing. I urged Pastor Phillip and congregation to carry the healing ministry boldly to the marketplace and workplace, and consider doing a “prayer station” at some public event, like a county fair or crafts show. A prayer station is an evangelical device where a spot is set up with a sigh “Prayer Station” and the passing public is invited for healing prayer, or other forms of prayer. [Recently I published a book on this topic, The Public Prayer Station: Taking Healing Prayer to the Streets and Evangelizing the “Nones.” (Emeth, 2018).]

Pastor Phillip gave me the privilege of preaching the Sunday service, which became a healing service also, with major healings as the participants of the workshop tried out their new skills. All in all it was a terrific weekend.

Posted by Ricky Grimsley in Pentecostal Theology on April 4 at 11:36am If you are a calvinist, then God ordained everything to happen the…