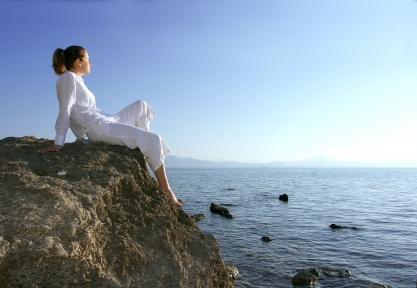 It is undeniable that Contemplation (Meditation), though it be called “prayer” in some circles, is a psychosomatic methodology which too many Christians, such as Augustine and the Mystics, have sadly confused with Christian spirituality. The worst part is that it aims at a sense of well-being and even god-realization (apotheosis) while completely bypassing Christian doctrine and Spirit Baptism.

Or it is about the HOW?

Paul Hughes [01/26/2015 9:07 PM]
Meditation/contemplation of this type (Neoplatonic) is not prayer but a methodology intended to transcend humanity and ascend toward God (hence “apotheosis”).

The article linked below describes the difference between this type of Mysticism and NT Pentecostal worship.

Howard Gardner [02/03/2015 2:03 PM]
I remember a couple years back we had this lady speak at the Assemblies of God General Council. I have forgotten her name but she was advocating something called contemplative prayer, repetition and emptying your mind, There was a huge outcry against her even being invited. I also remember watching one of her YouTube videos and all I kept thinking was “This is Buddhism.”

Paul Hughes [02/04/2015 12:00 PM]
Contemplative Prayer is Neoplatonism, which goes back at least to pagan philosopher Plotinus, who was a pupil of Ammonius Saccas, who was also Origen’s teacher. The essential idea is that thoughts are the real world, from which physical elements have fallen, and that through contemplation one can ascend back toward godhood.

I made a chart which demonstrates that CP has been handed down through various Christian mystics and contemplatives throughout church history, including such influential figures as Augustine, Meister Eckhart, and Thomas Aquinas..

After viewing every YouTube video related to the Bethel glory cloud, I studied the tubular ventilation system in the sanctuary, the location of the…