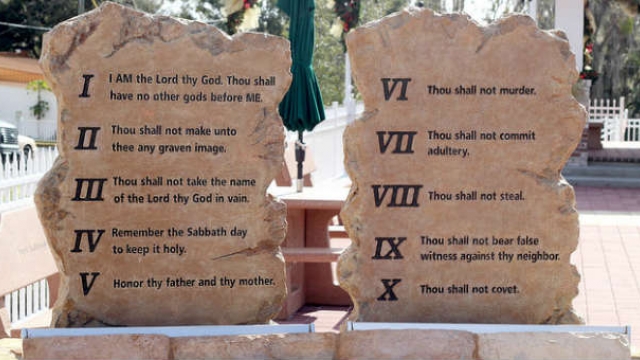 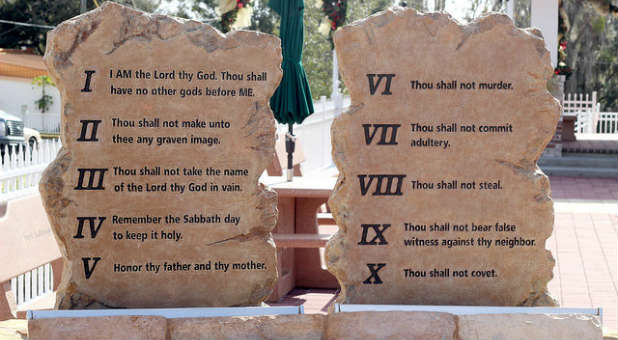 There are those who try to negate the Biblical Records. The following is one such man, who makes a asseveration, without fully reading the full account of the event.
Dr. Paige Turner in his book “Proving Christianity is not true” makes the following statement, “there are three conflicting stories of the ten commandments,

He goes on to say “If the Bible can’t get it straight, why should we believe it?”

Let us take a good look at just what the Bible does say about this controversy.

1. God gave Moses the tablet he had made himself.

Exodus 31:18 “And he gave unto Moses, when he had made an end of communing with him upon mount Sinai, two tables of testimony, tables of stone, written with the finger of God.” KJV

When Moses came down for the Mountain, the Children of Israel was worshiping a golden calf, Exodus 32:8 “They have turned aside quickly out of the way which I commanded them: they have made them a molten calf, and have worshipped it, and have sacrificed thereunto, and said, These be thy gods, O Israel, which have brought thee up out of the land of Egypt”.

2. Moses broke the commandments, now God makes Moses hew out the stones. (See what you get for breaking the law.)

Exodus 34:1 “And the LORD said unto Moses, Hew thee two tables of stone like unto the first: and I will write upon these tables the words that were in the first tables, which thou brakest” KJV

3. Moses wrote upon the tables the covenant and the
Ten Commandments.

Moses not only copied the Ten Commandments but also wrote the rest of the law.

Exodus 34:28 “And he was there with the LORD forty days and forty nights; he did neither eat bread, nor drink water. And he wrote upon the tables the words of the covenant, the Ten Commandments”. KJV

We have now come to the end of our studies on the 10 Commandments. I am aware that I have only covered the surface of what God was telling His people before they entered into the Promised Land.

Exodus 24:12 “And the LORD said unto Moses, Come up to me into the mount, and be there: and I will give thee tables of stone, and a law, and commandments which I have written; that thou mayest teach them.” KJV

I was trying to revisit a discussion here that (I think) Ben Wiles and I both commented on regarding sanctification. I’ve had no luck…