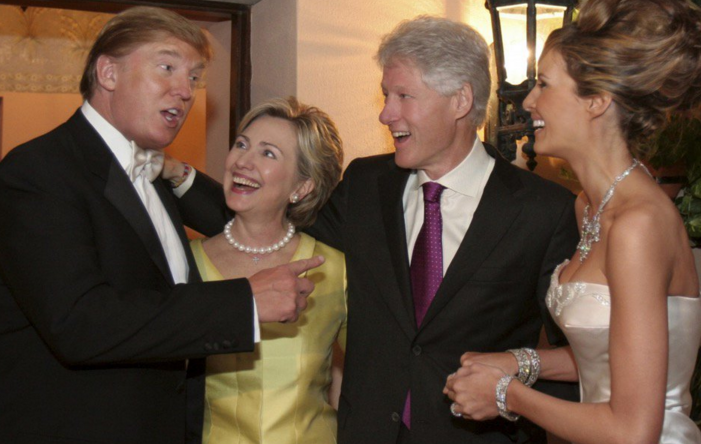 Many young people are leaving the Church today because Christianity has become too judgmental and alienating for them, said lifelong Methodist and former Secretary of State Hillary Clinton.

Clinton made the comment while interviewing social justice advocate and Pastor William J. Barber II of Greenleaf Christian Church in Goldsboro, North Carolina, last week on her “You and Me Both with Hillary Clinton” podcast.

During the podcast, she argued that “black lives matter” is a “theological statement.”  The Church in America, she suggested, needs to “take a hard look at itself and try to figure out how it can be a real partner in this moment of moral awakening.”

“Jesus and justice are the same thing,” Clinton argued, but there is a “concerted effort by one political party to basically try to own Christianity and it overlooks the role of the African-American church.”

“You know, to say that Jesus and justice are the same thing seems to me to be so obvious. I mean, how can you be a Bible reading person, a church attending person, and not understand how profoundly true that simple phrase really is,” Clinton said to Barber before asking him how as a veteran pastor and activist he is “trying to open up people’s minds and hearts to understand what Christianity should mean and what should be expected of us who claim to be followers of Jesus.”

Barber explained that people need to first admit “from at least Western culture and American culture” that “the genocide of First Nations people and the enslavement of African Americans,” along with the exclusion and oppression of women, “affected and infected theology in a bad way.”

“One of my professors said, ‘To be a Christian’ — to be born again, sprinkle whatever you call it — ‘and to claim the Holy Spirit, is to have a quarrel with the world’s systems of injustice.’ And if whatever you claim you have doesn’t produce a quarrel with injustice, then your claim of it being the Spirit with the big S is suspect,” Barber said.

It was at this point that Clinton raised the wedding of Christianity to one political party.

Will a Divided America Led by Donald Trump Lead to a Divided Church?

The 2016 election shined a glaring light on a divided America. According to a November 21, 2016 Gallup poll, a record-high 77% of Americans…