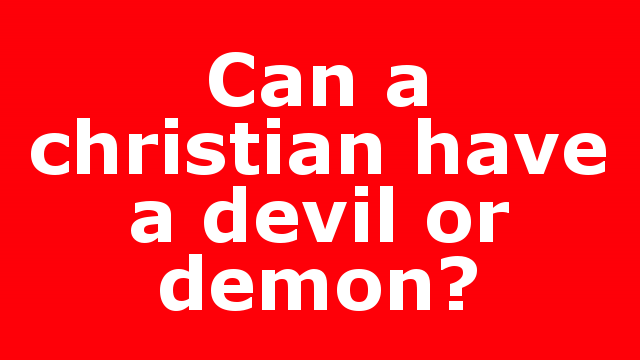 Can a christian have a devil or demon?

Today we look at the last of the 10 Commandments “Thou shalt Not Covet Thy Neighbor’s Goods.” Covetousness is a sin of the heart…